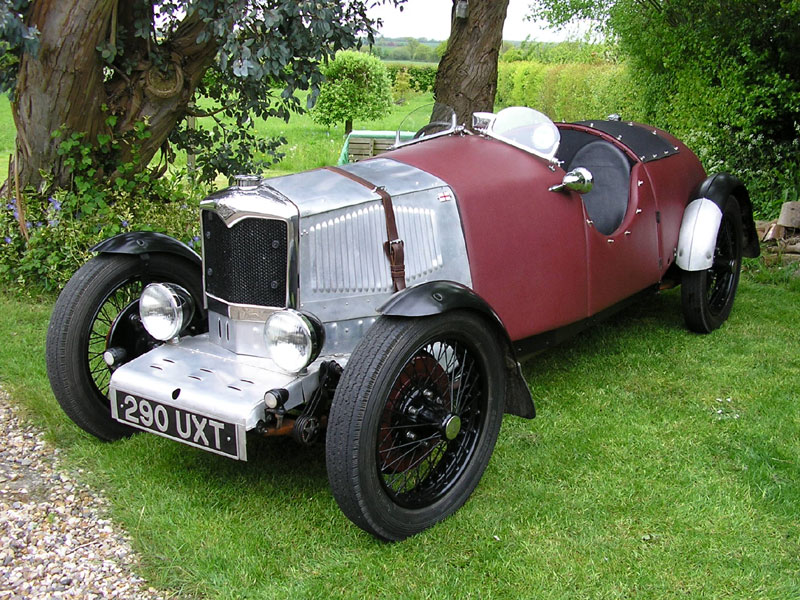 - Built by the vendor using a Riley 9 Plus Ultra chassis

- Accompanied by an extensive history file

The `double-dropped' chassis of the Riley Nine `Plus Ultra' of 1931/1932 was not only stiffer than its predecessors but positioned its occupants between rather than above the axles to the notable benefit of handling, roadholding and ride. It is a MK4 version of this frame that underpins `290 UXT', a special lovingly constructed by the vendor over the decade between 1996 and 2006. Strikingly finished in a mix of Maroon fabric and polished aluminium, and trimmed in Black, this unique motorcar has been put to good use since its completion, having regularly contested Riley club runs and VSCC navigation and trials events. The vendor currently classes the recently constructed two-seater bodywork, interior trim, 1087cc four-cylinder Riley engine and four-speed manual transmission as all being in `good' order, and is offering the car complete with extensive paperwork that includes invoices relating to the special's creation and an MOT valid to April 26 next year.
Share: