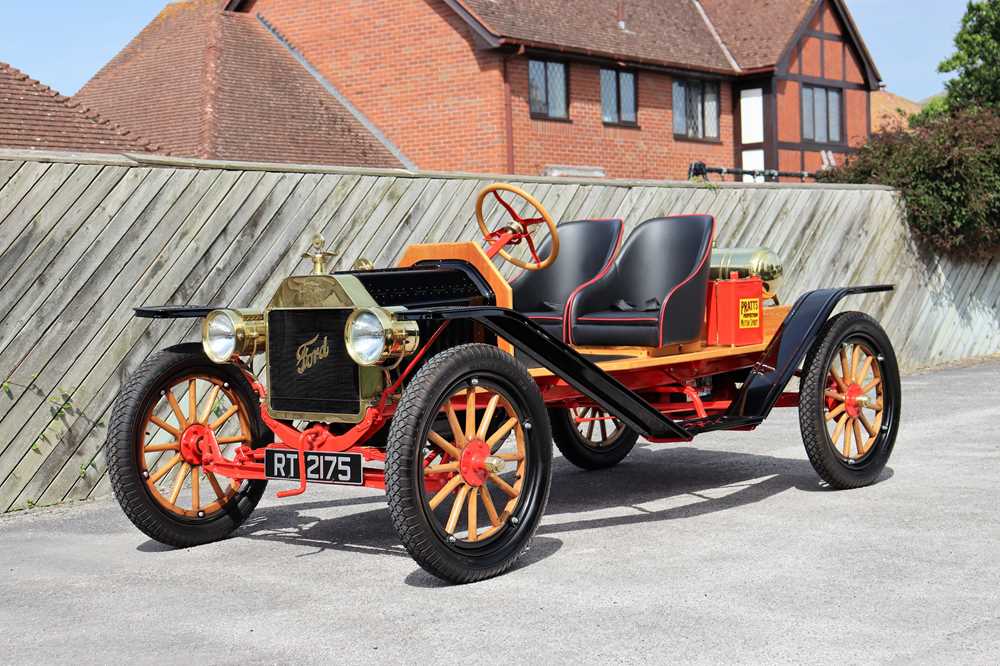 The Model T’s success wasn’t just down to Henry Ford’s early adoption of mass production. There was an inherent robustness to the design not to mention the high-quality materials it used which has long appealed to enthusiasts. Examples of the Model T can be found in some of the world’s greatest car collections as was the case with this one. Beginning life as a Trafford Park-built Tourer in 1924, ‘RT 2175’ had been stripped down to a bare chassis and various associated parts by the time that Bonhams discovered it on the late George Milligan’s Norfolk farm eighty years later. Put under the hammer alongside Milligan’s Mercedes-Benz SSK, Bentley Speed Six and Gardiner Serpollet Steam Car etc, the dismantled Ford was bought by renowned Model T specialist Neil Tuckett.

The lot included two engines the younger of which – number 14992682 – was chosen for overhaul. A notably late unit (production ceased at 15176888), the 2.9-litre straight-four was found to contain fragments of a June 1934 newspaper indicating that it had seen comparatively little usage. Acquired from the Tuckett Bros by a Model T enthusiast in North Wales, the by now running and driving rolling chassis was used to create the stunning Brass era-style Speedster you see before you. The pre-WW1 look was accentuated by the fitment of a brass radiator, fuel tank and lights. The wings were specially fabricated as was the wooden deck with sundry parts being sourced as necessary from the USA. Sensibly upgraded with a 12-volt electrical system, alternator, water pump and starter motor, the Ford has recently had its coils refurbished.

Accompanying paperwork encompasses certified copies of two 1920s tax discs which helped reunite the car with its original ‘RT 2175’ registration number and a 1920 issue Manchester Garages handbook etc. A real head-turner that has been thoroughly enjoyed by the vendor, this wonderful Speedster is only being offered for sale due to the desire to acquire something better suited to long distance touring.