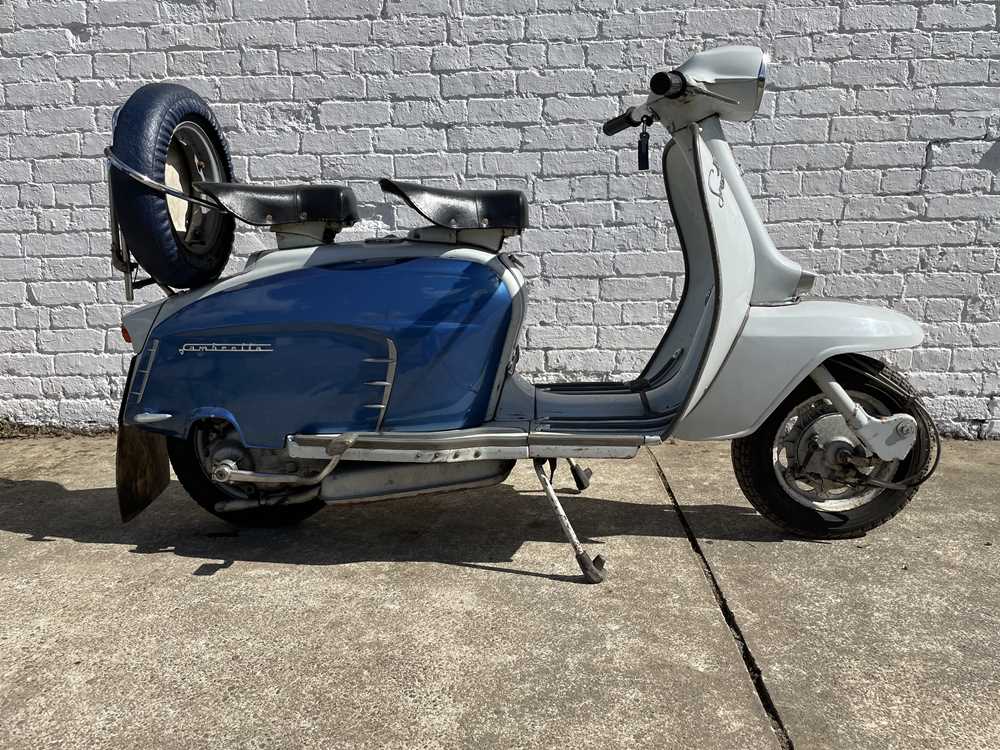 The SX150 first appeared in October 1966 and replaced the 150 Special which had debuted at Milan in 1963. The tuned engine and close-ratio gearbox made for a faster – 95kmh – machine with much-improved acceleration and was a superb all round scooter. The SX150 engine used a 20mm carburettor and used 2 cylinder head gaskets resulting in a slight increase in power to 9.38 HP but with a similar maximum speed to the preceding Special. The SX was presented in new colours and had a chrome strip on the front mudguard. The panels all had the three flashes and a large X150 over the special badge on the front of the leg shield. The rear frame badge reads Lambretta Innocenti on most models and the late models had a rectangular front horn cast badge. Earlier models had a metal tool box and side panel handles while the later SX150’s had plastic DL style version tool boxes and clip on panels. In three years of production there were 31238 produced and production of the SX150 ceased in January 1969.

Here we present an early SX150 in its original state except for the original side panels which have been repainted with Casa flashes. The panels do fit very nicely. She has, however, had a replacement speedometer and carburettor and has had a conversion to 12 volt but all else appears to be original. MOTs are present from 2008 to 2013. She has a nice 6 digit registration number. She is in excellent working order and runs well as confirmed by our consultant who rode this scooter during his recent visit.