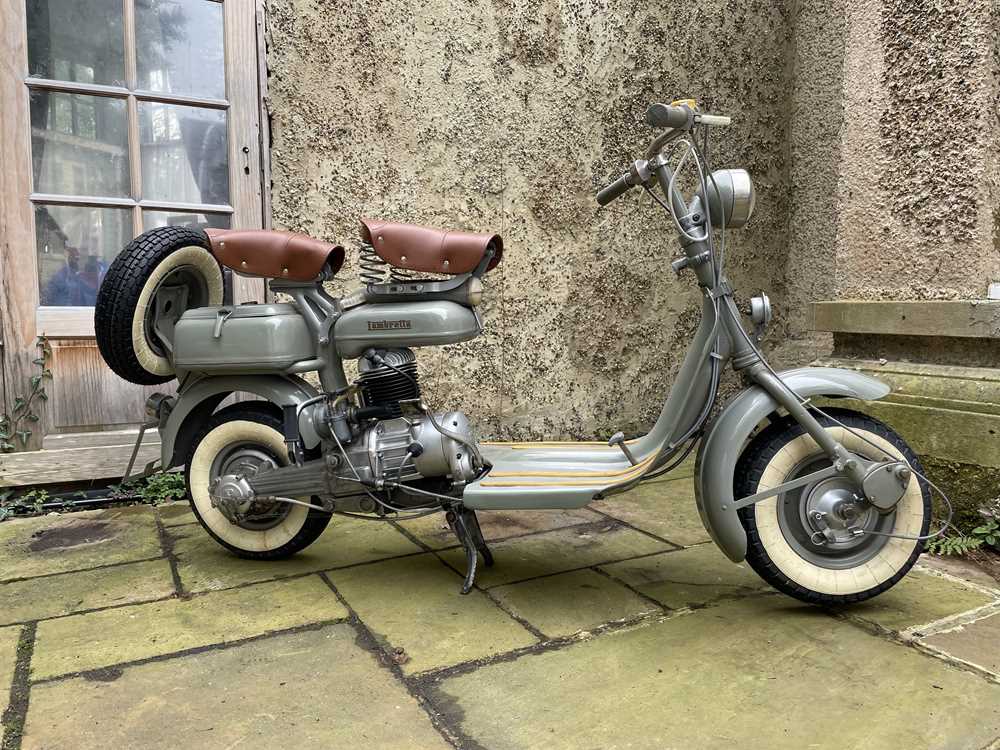 During World War II Ferdinando Innocenti ran a steel tubing factory in the Lambrate district of Milan in northern Italy, producing components for the Italian Air Force and construction. After the war Innocenti needed to find a new product in order for his business to survive. Inspired by the Cushman scooters that the US army imported into Italy Innocenti realised he could apply many of the parts that the factory was already producing to motor scooter production. Innocenti started production of Lambretta scooters in 1947, the year after Piaggio started production of its Vespa models.

There are still clubs across the world, both national and local clubs, devoted to the Lambretta scooter. The clubs still participate and organise ride outs and rallies which regularly take place during weekends over the summer months and still have high attendance. Across the UK there are many privately owned scooter shops which deal with everything Lambretta, from sales, services, parts, tuning, performance and complete nut and bolt restorations.

The Lambretta model F was introduced in March 1954 and was almost the same as the model E but with the addition of a kick starter instead of a hand pull start. The Lambretta model E was first introduced in April 1953 and unique in that it was started by a hand pull-cord like a lawnmower. The frame is tubular in the shape of a C with the upper part serving as a toolbox. The subsequent model F was only produced for one year. The model F MkII was introduced some way after mid production in 1955 and these are extremely rare today, very few survive. It had front forks similar to the model D with spring and rod suspension.

This example is a very presentable specimen of a very rare sub-model. We have left the year as 1954 to align with the supplied dating letter however our scooter expert believes this to be a 1955 late model. Those who are familiar with these early Lambrettas will appreciate the retention of the original switch, original lights, spare wheel holder with small disc and original foot running strips. Normally seen with a side stand this one has the optional extra of an accessory SPC centre stand too. In our opinion she just needs light commissioning and using. She also comes with some old photographs of the vendor, some MOT’s and a rare original model F illustrated parts catalogue.

Another very rare opportunity for any collector of Lambrettas.