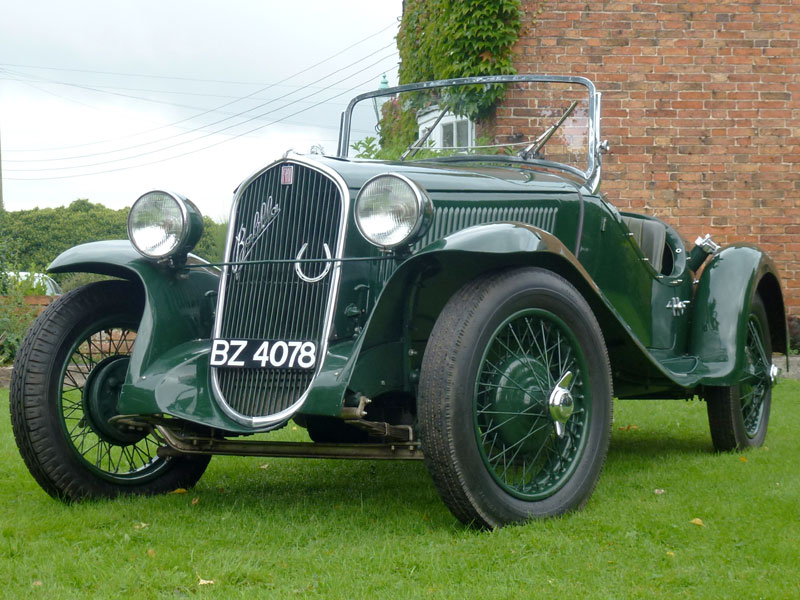 - Completed very few miles since the completion of the restoration


'Born out of a design exercise that coachbuilder Ghia devised for the innovative Fiat Balilla 508 chassis, the 'S' or Sport version entered production in 1933. Benefiting from a tuned 995cc side valve engine, its credentials as a driver's car were cemented the following year with the adoption of an overhead valve cylinder head and close-ratio four-speed manual gearbox. A popular choice on events such as the Mille Miglia, the 508S was typically supplied in kit-form outside of Italy with concessionaires in the likes of France (Simca), Poland and Czechoslovakia responsible for assembly. The British version, of which fifty were produced, differed from its Continental equivalents by dint of having right-hand drive, knock-on wheels and more elaborate instrumentation and while in competition the two-seater often vanquished similar capacity MG and Singer opposition!

The sale example is one of four Balilla 508S cars delivered to Belfast and bought by John McGrattan of Bangor County Down, who immediately began racing it. Together with W. McMillan, Tommy Black and Billy Sullivan it competed in both Northern Ireland and Eire regularly until 1940. Photographs and Race Programmes are included in the sale to validate the history. Having been in current ownership since 1966, 'BZ 4078' has been subject to an extensive restoration, with a new body tub; but retaining the original radiator, bonnet, doors, tail lid, running gear and the original close-ratio four- speed gearbox. We are informed that when the vendor bought the Fiat it was fitted with a Ford side valve engine as original 995 engines were difficult to source and the decision was made to replace this engine with the much more robust next series 508C engine of 1089cc, current from 1937 to 1951 - which has been additionally strengthened and mildly tuned however included in the sale are most of the parts necessary to build an original 995 engine except for the crankcase. A rare opportunity to buy a car with a proven race history, which has done very few miles since completion of the restoration.
Share: