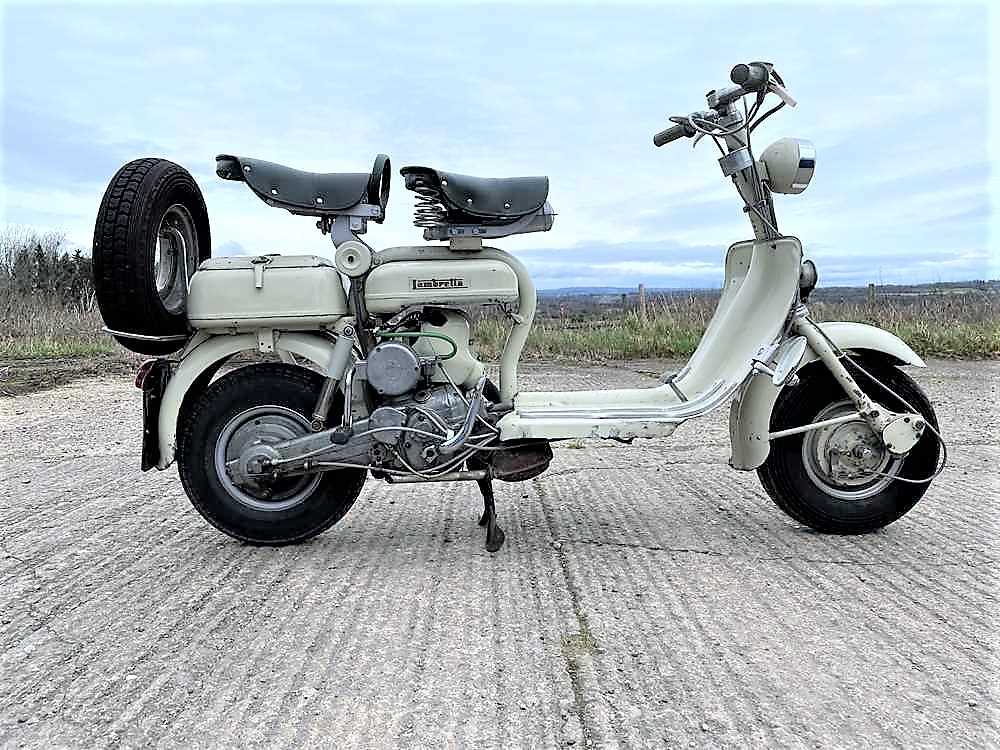 During World War 2 Ferdinando Innocenti ran a steel tubing factory in the Lambrate district of Milan in northern Italy, producing components for the Italian Air Force and construction. After the war Innocenti needed to find a new product in order for his business to survive. Inspired by the Cushman scooters that the US army imported into Italy, Innocenti realised he could apply many of the parts that the factory was already producing to motor scooter production. Innocenti started production of Lambretta scooters in 1947, the year after Piaggio started production of its Vespa models. There are still clubs across the world, both national and local clubs, devoted to the Lambretta scooter. The clubs still participate and organise ride outs and rallies which regularly take place during weekends over the summer months and still have high attendance. Across the UK there are many privately owned scooter shops which deal with everything Lambretta, from sales, services, parts, tuning, performance and complete nut and bolt restorations. The Lambretta model D Mk1 was first introduced in 1951 as a successor to the model C as a 125cc scooter. It had a tubular frame and because the engine did not now have to support the 2 halves as the C did the engine could now move and had the addition of a torsion bar. This feature remained on all Lambrettas until 1958. The D also had springs enclosed in the front forks. The rear brake was rod operated and the gears used a single teleflex cable. The whole ride experience was much improved and the D was subsequently a very popular model. By the time of the Mk3 the rear brake was cable controlled, there was a fan on the flywheel forcing air onto the cylinder for improved engine cooling. The gear system now used 2 teleflex cables and there was a rear shock absorber on the rear end. With its larger 150cc engine the Mk3 is sometimes referred to as the sports model and was often used for trials and other races.

This example is a very nice specimen and has been completely professionally overhauled to run as new in 2015 with little use since. The engine was subject to a complete rebuild. The cables and electrics were also completely renewed as was the entire suspension. These later D models are super little things to ride. The popularity of the open frame Lambrettas in Italy it is said was largely due to the feeling of freedom in the hot weather with the wind able to keep you cool. 'MSL 274' is ready to use on the road. A rare opportunity for any collector of Lambrettas.