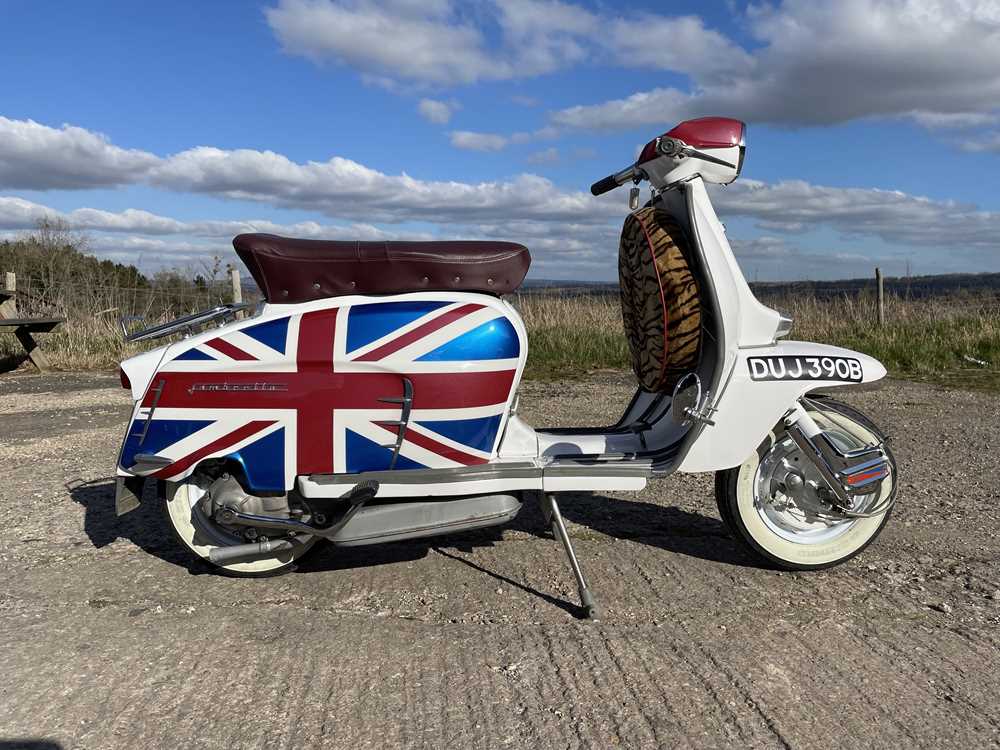 The Lambretta TV175 was launched in March 1962 and it was the first scooter supplied with an internal disc brake. It was a remarkable change from the previous TV175 series 2 with sleek slim styling. The front shock absorbers were enhanced with extra dampers as in the previous TV series 2 models. The TV series 3 also had larger silent blocks than the previous engines and it had a very good reputation as a smooth and well-balanced scooter with great handling attributes. The first versions had Li style panels and the later versions had SX type panels with polished flashes.

This example was sold new in the Shrewsbury area in 1964 ‘the year of the mods’ and like many others that were laid up had to be re-registered on the DVLA new system at a later date in 2013. She has been painted in a quality powder coat with metallic Union Jack side panels and the earlier TV engine (late series 2 with larger silent blocks) has been seen running well on a standard 20mm carburettor. All lights were seen working and the keys for ignition and steering lock are present. The panels fit very well and line up as they should. She has original CEV headlight and rear light. She comes with spare wheel with tiger fur cover and small luggage rack. She presents herself well.