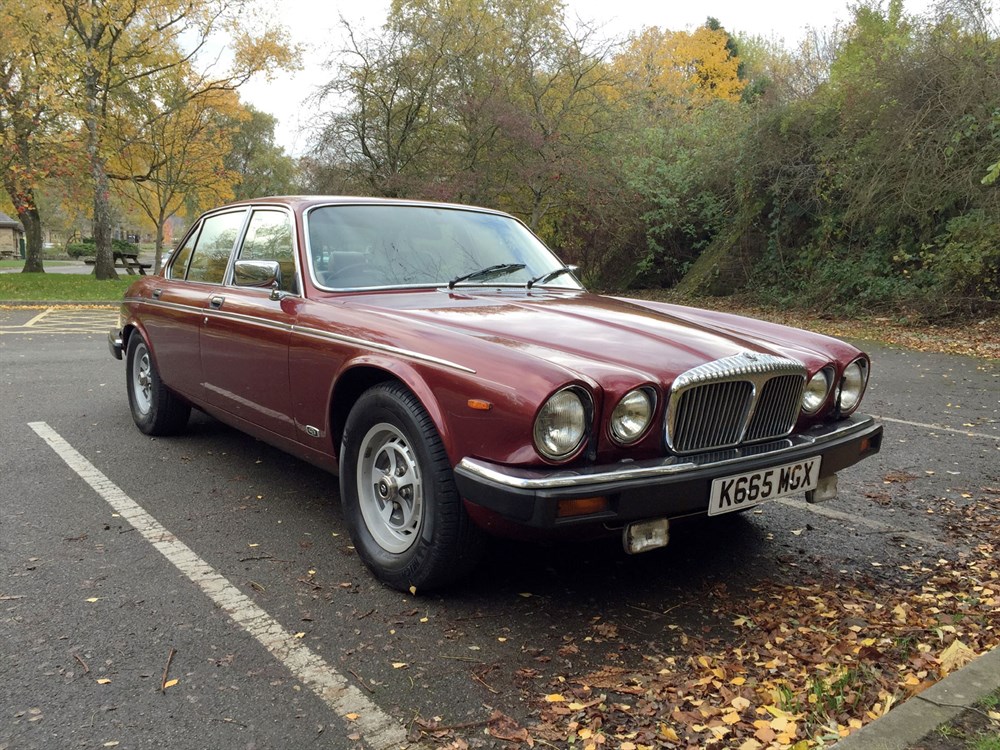 The vendor has described the condition as follows:

Flagship of the contemporary Daimler range, the Series III Double Six was among the most accomplished luxury saloons of its generation. Renowned for its sophisticated ride / handling balance and eerily smooth drivetrain, it was regularly compared to the likes of the Rolls-Royce Silver Spirit, Bentley Mulsanne and Mercedes-Benz S-class. Powered by a 5.3 litre V12 engine mated to three-speed automatic transmission, it proved deceptively fast with a reputed top speed of 150mph.

The Jaguar XJ Series and it's even more luxuriously appointed Daimler counterparts were introduced in 1968. Some four years into production a 12-cylinder 5.3-litre XJ was offered for the first time, the Series 1, 2 and 3 Daimler versions of which were dubbed the Double Six; thereby reviving a famous Daimler model name of the vintage era. The later variants (XJ81 and X305) produced between 1993 and 1997 featured a 6.0-litre variant of the silky smooth V12 engine mated to GM's equally impressive new 4L80E four-speed automatic transmission.

It's a 1992 model so the last year of manufacture for the series 3. It's a Japanese market car imported back to the UK in November 2016.