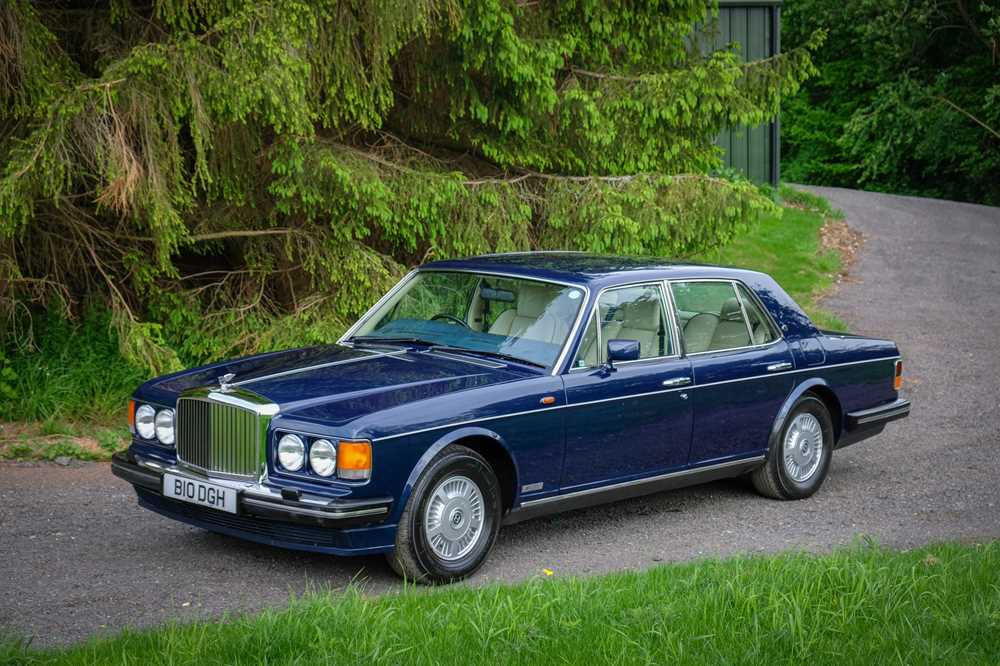 Styled in-house by Austrian born Fritz Feller, the Bentley Mulsanne had somewhat less fussy lines than its T2 predecessor. Introduced in 1980, its greater road presence masked a larger glass area. While it looked suitably imposing from the outside, internally it proved pleasantly airy. Although, based on the Shadow/T2 floor plan, the Mulsanne offered considerable improvements in both ride and handling thanks to its new Girling automatic ride-height control and gas shock absorbers. Copious amounts of sound deadening combined with the finest quality upholstery kept intrusion from the 6.75-litre V8 engine and three-speed automatic transmission to a muted hush unless the model's full 120mph potential was explored. Driver inputs were minimised with power-assisted steering and disc brakes. Launched in October 1987, the Mulsanne 'S' benefited from firmer, more sporting suspension and a new centre console design (the latter feature donated by the Turbo R). Fitted with alloy wheels as standard, the new model gained quad headlamps in September 1988. Only in production for five years, a mere 909 standard wheelbase cars are thought to have been made.

Presented in the attractive combination of Royal Blue with Parchment hide complemented by Blue piping with sheepskin over-rugs, 'B10 DGH' has covered just 56,491 miles in the hands of four former keepers. Clearly well maintained with the third keeper having owned the car for some 20 years, this particular example benefits from 18 stamps (mostly main dealer) shown in the service record up to 53,000 miles. Offered with its book pack, handbooks and service book and a current MOT up to 22nd July 2022, this comfortable and capable Mulsanne S rides on correct specification Avon Turbospeed tyres and more recently has benefited from a 3-stage paint correction with ceramic coating ready for its new owner. The vendor rates the condition of the bodywork, engine, electrical equipment and transmission as 'near excellent', with the paintwork 'very good'.