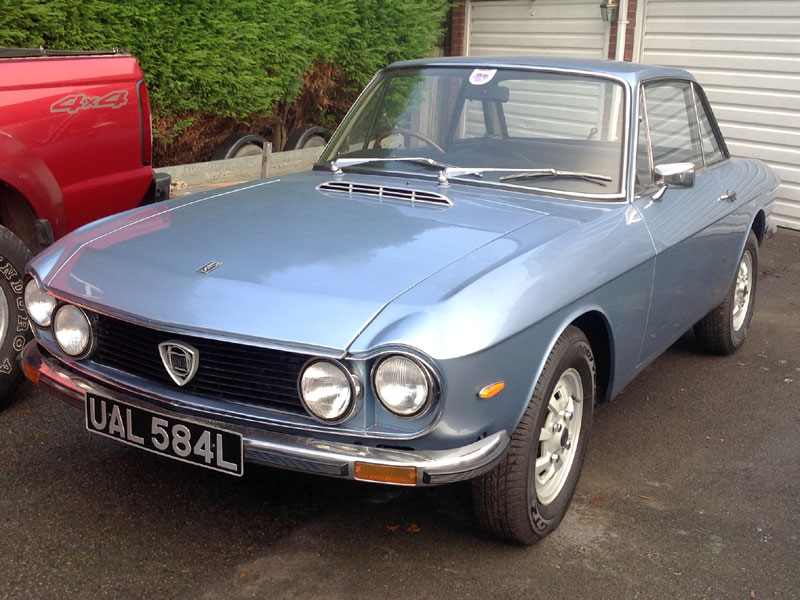 The Lancia Fulvia Saloon made its debut at the 1963 Geneva Salon. The newcomer featured a narrow angle DOHC V4 engine mounted ahead of and driving the front wheels. Front suspension was independent by wishbones and a single leaf spring, while a solid axle with Panhard rod and leaf springs was employed at the rear. Braking was by discs all-round. The two-door Coupe derivative was introduced at the 1965 Turin Salon, the wheelbase of which was 5.9in shorter than the Saloon's. Countless race and rally victories were accrued by these feisty little cars, not least victory in the 1972 FIA Manufacturers Championship. All versions of the Fulvia were facelifted in 1969. These Series II cars had superior disc brakes, five-speed gearboxes, a diaphragm clutch, stiffer springing and an alternator.

This decidedly attractive 1.3-litre Series II Fulvia is a genuine one lady owner example that's finished in Light Metallic Blue matched to Black upholstery. It was sympathetically restored some seven years ago and is still regarded by the vendor as being in 'good' overall condition. Showing 72,300 miles to its odometer, this charming Coupe is offered for sale with a photographic record of the restoration and MOT certificate valid until November 2016.
Share: