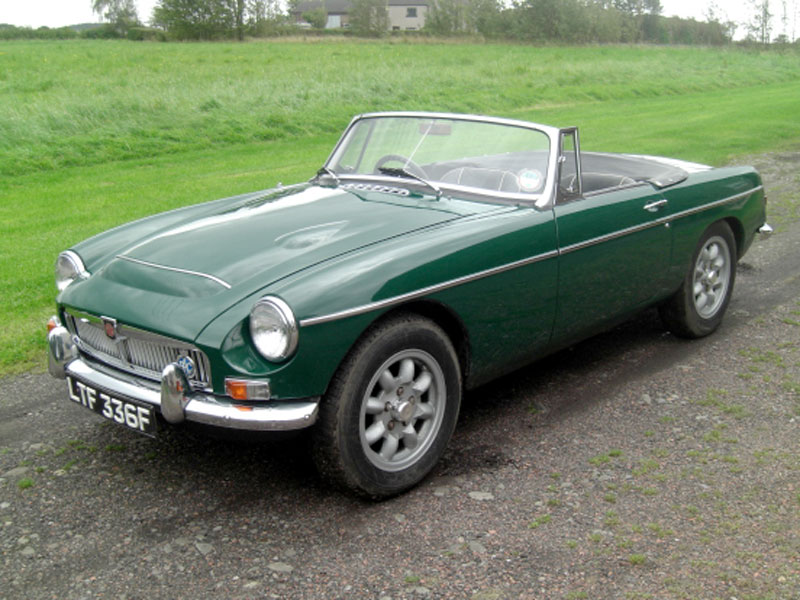 Intended as a flagship sports car to replace the Austin-Healey 3000, the MGC was introduced in the autumn of 1967. Based around the two-door monocoque bodyshell of the humble MGB (albeit with a substantially altered engine bay and floorpan), the newcomer was powered by a 2912cc OHV straight-six engine allied to either a new all-synchromesh four-speed manual overdrive gearbox or three-speed automatic transmission. Other mechanical differences included: a larger radiator; torsion-bar rather than coil-spring front suspension, teamed with telescopic rather than lever arm dampers; and lower geared rack and pinion steering. Braking was by servo-assisted Girling discs/drums. The C was visually distinguished from the B by the broad 'power bulge' on the bonnet and taller 15-inch wheels. While early road tests criticised the car's 'nose heavy' handling (the engine was 209lbs heavier than the B's and the weight distribution was 53:47), later reports were much kinder. With some 145bhp and 170lbft of torque, the model could complete the 0-60mph dash in around 10 seconds and hit 120mph flat out. Sadly, too readily confused with its smaller-engined brother, it was axed in 1969 after just 4,544 Roadsters and 4,458 GTs are understood to have been made. Now, 40 years later, the MGC's lack of period sales success only serves to make it more collectible.

'LTF 336F' is a two owner, right-hand drive MGC Roadster equipped with manual transmission and Laycock overdrive. It sports British Racing Green bodywork complemented by Black upholstery and was purchased new from Balmforths of Ormskirk in 1968. The early invoices were signed by the garage's owner, who is still in business and recalls supplying the car. The vendor hails from the same area and acquired the MG some five years ago, when it had covered 83,000 miles. He has added a further 5,000 during his tenure, during which the car has always been garaged and never put away wet. He currently considers the bodywork, paintwork, engine and transmission to be "excellent" and classes the interior trim as "original". The cosseted C comes complete with a year's tax and MOT. These pretty MGs make fine touring machines and good ones are increasingly sought after.
Share: