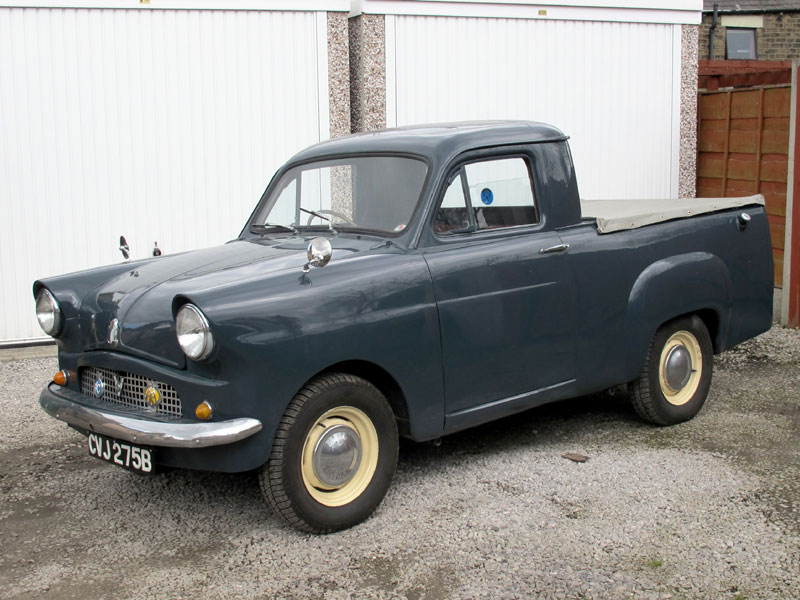 Introduced in 1954, the Standard Ten was a larger-engined (948cc vs. 803cc) and less basic version of the Eight which had debuted the previous year. Although primarily sold as a Saloon, the newcomer could also be had in Estate, Van and 7cwt Pick-up guises; the latter gaining an 1147cc engine in 1964 which it shared with the Herald and Spitfire. Unlike contemporary Morris Minor commercials, the Standard boasted monocoque construction rather than riding on a separate chassis. `CVJ 275B' is apparently one of just six Ten Pick-Ups that are known to have survived. Described by the vendor as being in "good overall" condition with regard to its engine, gearbox, electrical equipment, interior trim, bodywork and paintwork, this rare Standard would make an ideal support vehicle for the Goodwood Revival which only allows pre-1966 vehicles into the circuit.
Share: