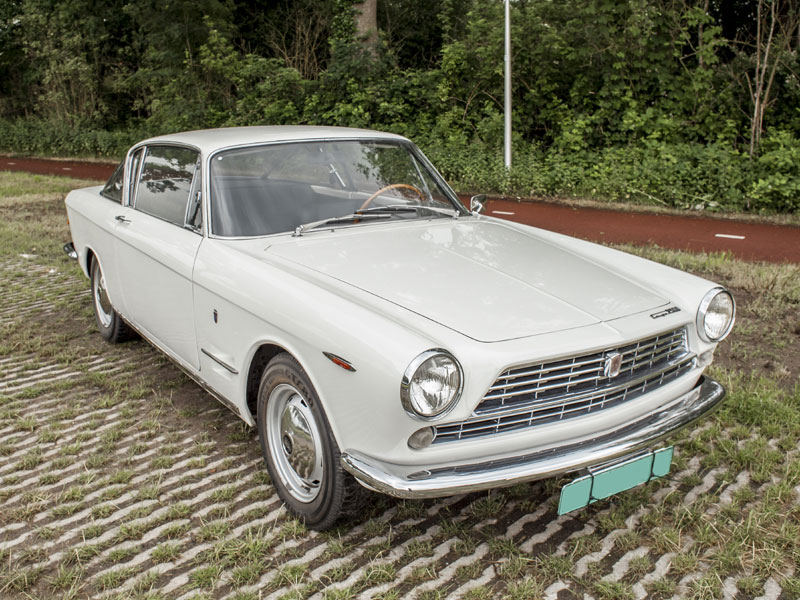 Alongside the Dante Giacosa-penned four-door 2300 Saloon and Estate cars, Fiat decided to offer a two-door Coupe styled by Sergio Sartorelli of Ghia - the standard model boasted 105bhp while the more powerful S version gave 136bhp. A prototype was first displayed at the 1960 Turin Motorshow and the final version was placed on general sale in 1962. The major underpinnings were shared with the 2300 Saloon, (which itself was effectively a mild update of the highly proven 2100 model); the only notable differences being an increase in the front and rear track and final drive ratio. Though the Coupe body was developed by Ghia, the styling house lacked the production capacity for the envisaged volumes, and manufacture was therefore subcontracted to the Turin-based OSI concern. The model reigned from 1962 to 1969, when it was supplanted by the 130 Coupe. The 2300 was of unitary construction and featured double wishbone front suspension with torsion bar springing and a solid axle suspended on leaf springs at the rear. Braking was by servo-assisted discs on all four corners. Most examples produced were equipped with four-speed manual transmission, though a Saxomat automated clutch (later, a three-speed Borg Warner automatic unit) was a theoretical option. Power operated windows, Nardi wood-rimmed steering wheel, passenger footrest and other such luxury equipment were standard fit for the elegant new Coupe.

This left-hand drive example is a rare first series one - notable for the lack of window frames in the doors. It is finished in White and trimmed in contrasting Black leather. A previously restored vehicle, it is presently classed by the vendor as having 'excellent' interior trim, 'very good' bodywork, paintwork, six-cylinder engine and electrical system, and 'good' manual transmission. The odometer currently registers an unwarranted 91,223 kilometres and the rare Fiat is being sold complete with its original user's manual.
Share: