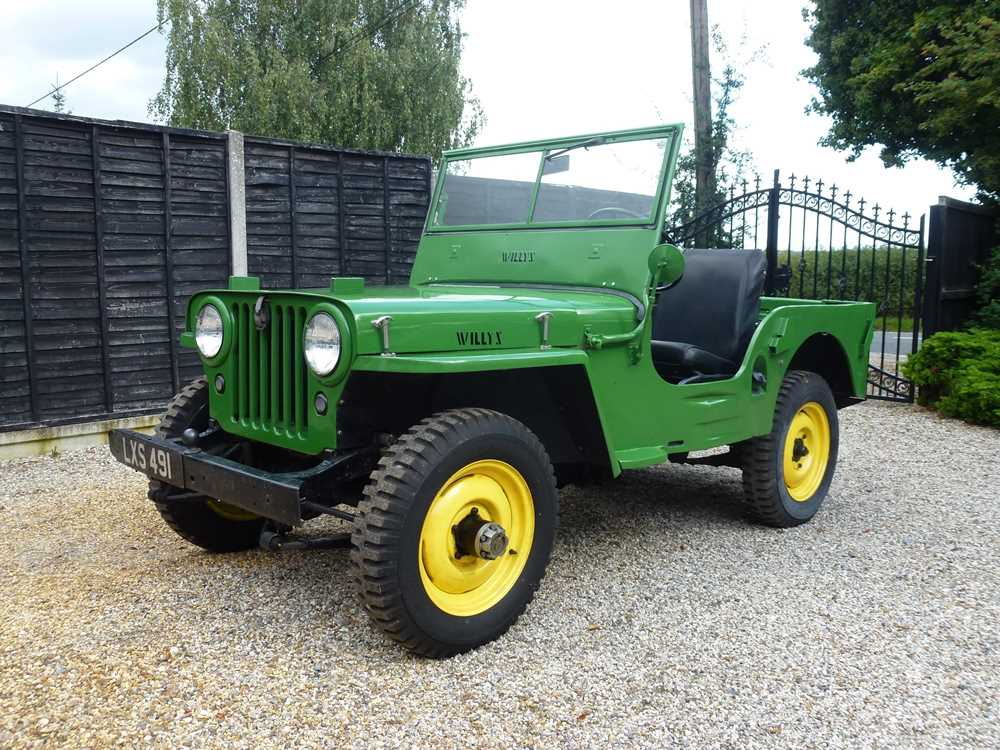 In production between 1945 and 1949 and aimed primarily at the farming market, from 1945 to 1946 the CJ-2A was only available in Pasture Green with Autumn Yellow wheels or Harvest Tan with Sunset Red wheels. It was produced alongside the MB military version. This rare column change example was restored in the USA and subsequently imported to the UK in 2019. Benefiting from an overhauled ‘Go Devil’ engine, gearbox and transfer box. New tyres were also fitted. It is accompanied by a large file of receipts, hand written summary of previous works carried out, old Florida title, service manual and copies of period adverts illustrating the column change and colour scheme. Offered with current MoT to January 2021, the Jeep is described as having “good” bodywork, paintwork, gearbox and interior and “very good” engine and electrics.

After the original Willys MB and Ford GPW had helped win WW2 for the allied forces, the Jeep evolved, into post-war civilian and military versions. The CJ-series was developed for civilian requirements, of course retaining all-wheel drive that enabled the Jeep, like its predecessors, to go practically anywhere. Some 1.5 million CJ models were built before the introduction of the Wrangler finally ended production in 1986 - the basic design having remained virtually unchanged throughout.