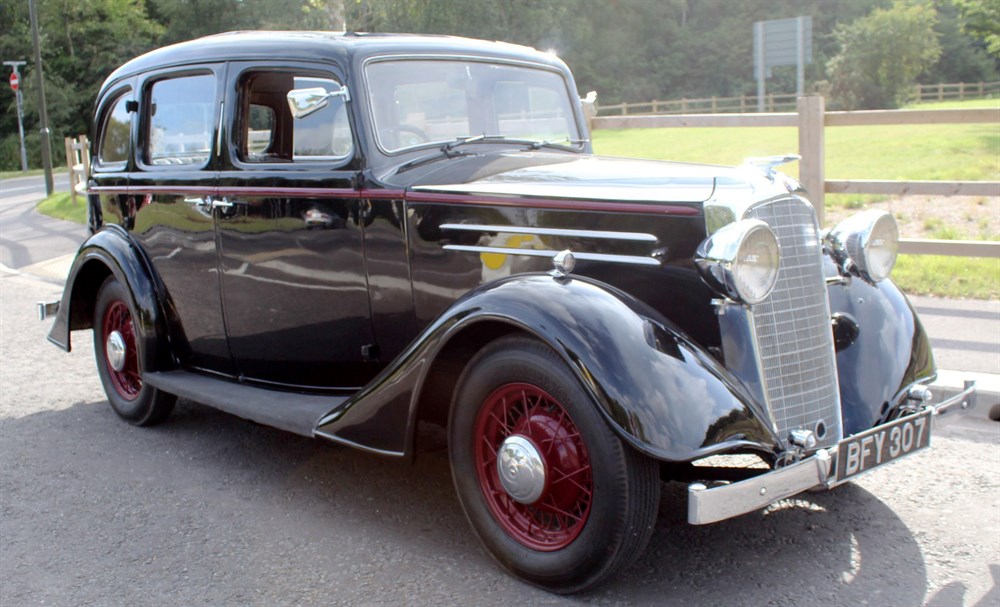 - Fitted with a heater

The previous engine was retained but with compression ratio raised from 6.25 to 6.75:1 and revised timing increasing the output to 48bhp at 3000rpm. Other features included independent front suspension using torsion bars in place of the previous Dubonnet system with semi-elliptic leaf springs at the rear, Lockheed hydraulic brakes and a three-speed all-synchromesh gearbox in place of the four-speed "silent third" gearbox.
Share: