1968 Lambretta DL125
The first ever DL off the production line 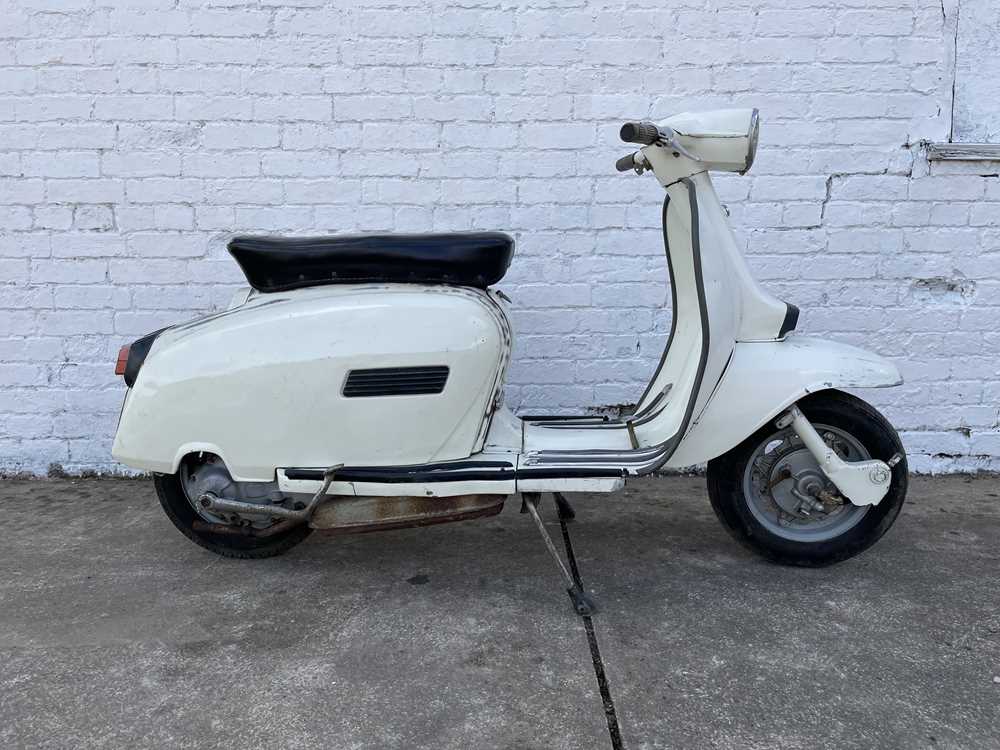 1968 Lambretta DL125
The first ever DL off the production line

The DL was the last of the great Lambretta scooters that rolled off Innocenti’s production line in Milan. It is said that they were produced from January 1969 until April 1971. However, this first ever 125 example 001001 has documented evidence* that it was produced a month earlier (in December 1968) than general consensus knows.

The DL125 (known as the GP125 in the UK market) followed the SX range and retained the engine SX engine prefix before the serial number. There were however significant improvements to the engine over the SX including: improved crankshaft, a complete overhaul of the gearbox ratios and improved Ducati ignition.

The iconic bodywork followed the trends of the day of the early 1970’s. The Bertone design was more streamlined than its predecessors with a new 22/2 frame and rectangular headlight. Only a genuine Italian DL had the famous ink splat on the front of the sleek leg shield and this first model even precedes that. A total of 15300 DL125’s were eventually made.

Numbers suggest this is the first ever DL125 scooter produced in December 1968 and is a very rare find indeed. Completely original throughout, she is in very good sound overall condition. It is believed that all of the parts are the original, including the seat that is in good condition. The speedometer displays 18,479 Km on the original clock. The cables have been removed, we presume with the intention to re-cable the scooter throughout. She is ripe as a conservation project.

Our client spent considerable money and invested years of time collecting the finest and rarest Lambrettas he could find for a museum project that sadly will no longer go ahead. This is therefore a very rare opportunity for the most serious collector of Lambrettas. * Verified by the Italian log book copy