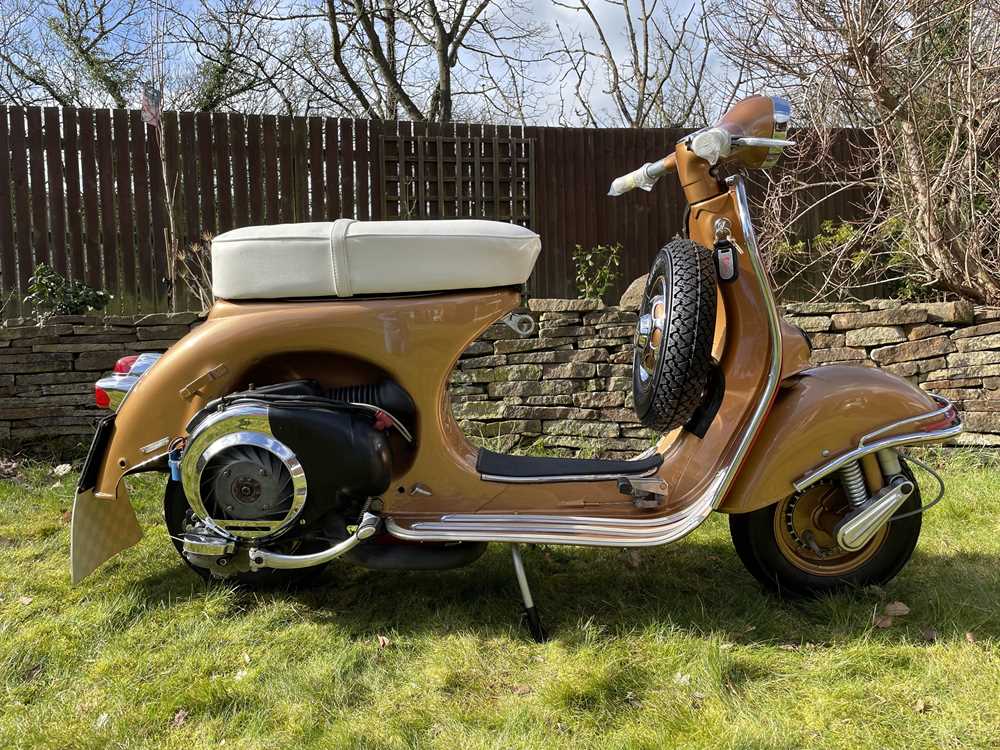 The Piaggio industrial group was devastated by the consequences of World War 2. Amongst the projects muted to rescue the company was an idea to help mobilise the Italian public with a new transport concept ‘The motor scooter’. During trials the buzzing noise of the engine and body shape combined for the scooter to be christened the ‘Vespa’ the Italian translation for wasp. From the launch in 1946 it was such a success that it has become a symbol of taste, fashion and style and is one of the favourite global design icons of all time, The Vespa. The first time a Vespa was seen in Great Britain was on the Douglas stand at the 1949 Motor Cycle Show. The scooter was discovered by Douglas managing director Claude McCormack when the struggling company was in the hands of the official receiver. The Vespa presented itself as a solution to the companies problems and a deal was made with Piaggio to begin production of the Vespa under licence in Britain starting with the ‘Rod model’ launched in March 1951. Piaggio soon regretted this decision and consequently Douglas under-performed and was several years behind the Italian models until the late 1950’s when parity was almost made. The result in today's international collectors market is that British built Douglas Vespas have in recent times emerged with a special rarity status.

The Sportique is renowned for its reliable engine and great manoeuvrability on its 8 inch wheel. This Sportique restored to a Grand Luxe finish is well known on the current mod rally scene. She has been restored to a very high standard using original NOS parts wherever possible and also has attractive leg shield trim, front bumper, spare wheel holder with period wheel disc, gold chequered mud flap and red SIP sports exhaust. She has a full set of keys including an additional tool box lock. The Grand Luxe was only produced in metallic gold was produced between 1962 and 1965. It was one of three special edition Sportiques based on the 150cc VBB made by Douglas in Bristol. She is supplied with the original brown buff log book which has the capacity stated as 125cc this is rectified to 150cc on the modern V5 registration document. She is also registered on the VVC (Veteran Vespa Club) register and was found in the Kent county archives. She is also supplied with a handsome trophy and rosette for best scooter from the 2018 Carole Nash Bristol Bike show. A rare and collectible Vespa presented in exceptional condition.