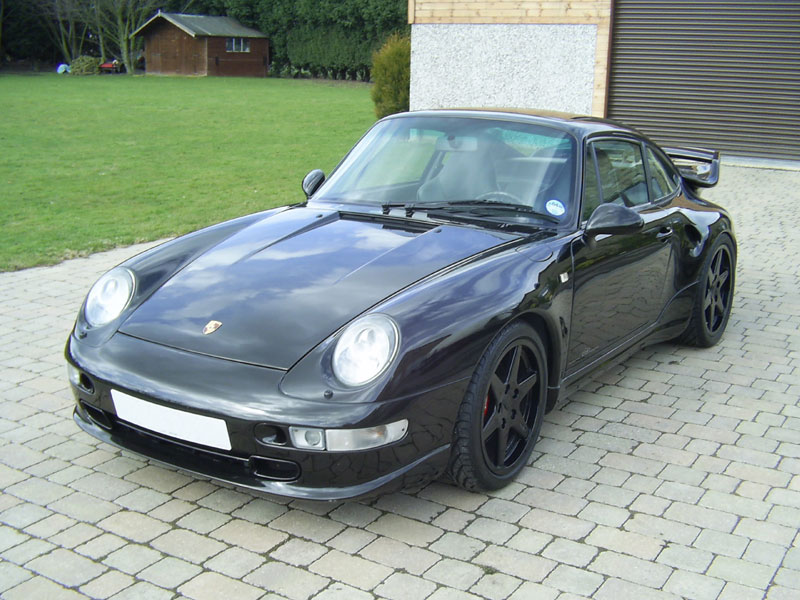 Notable as Porsche's last air-cooled 911 range, the 993 series was introduced in September 1993. A quantifiable improvement in terms of handling, ride quality and refinement, the newcomer used a monocoque bodyshell that was some twenty percent stiffer than that of the outgoing 964 series. While the adoption of multi-link rear suspension in place of the previous semi-trailing arms brought notable gains in high-speed stability and road noise suppression. Although a highly competent performer in its own right, nevertheless, for those seeking even greater performance from Stuttgart's standard products many companies can be found throughout the world offering owners the chance to modify and develop their cars where the possibilities are really only limited by technology, imagination and budget.

One of the best, German-based TechArt, was founded in 1987 by Thomas Behringer. Over the years it has gained a reputation as one of the world's foremost Porsche specialists and one of the very few to enjoy factory recognition. Seen as an independent manufacturer in its own right, the company's philosophy has always been to seamlessly blend artistic craftsmanship with advanced design. In keeping with this aim, TechArt created the fabulous 'CT3' which was powered by a supercharged and bored-out 3.8-litre engine producing an impressive 462bhp. According to the company's performance figures, the CT3 accelerates from 0 - 100 km/h in 3.4 seconds and is capable of a top speed in excess of 300 km/h. A truly potent machine, it is understood that only 20 examples were created, this left hand drive car being number 15.

Sold new in Barcelona, Spain, and first registered on 17 March 1997, just four months later and after having covered some 2,400 km it was sent to TechArt for the full 'CT3' conversion at a cost of DM149,665. As part of the conversion work a new engine was supplied by the company. The car was subsequently acquired by the vendor in August 2003 when it had covered c.50,000 kilometres and imported to the UK shortly afterwards. At the time of cataloguing we are informed it now displays a total of 51,596 kilometres on its odometer. UK registered on 2 June 2004, this stunning example is finished in black with black leather interior and is accompanied by a detailed history file which includes invoices from TechArt. Offered with Swansea V5C document, cherished registration number and a fresh MoT.
Share: