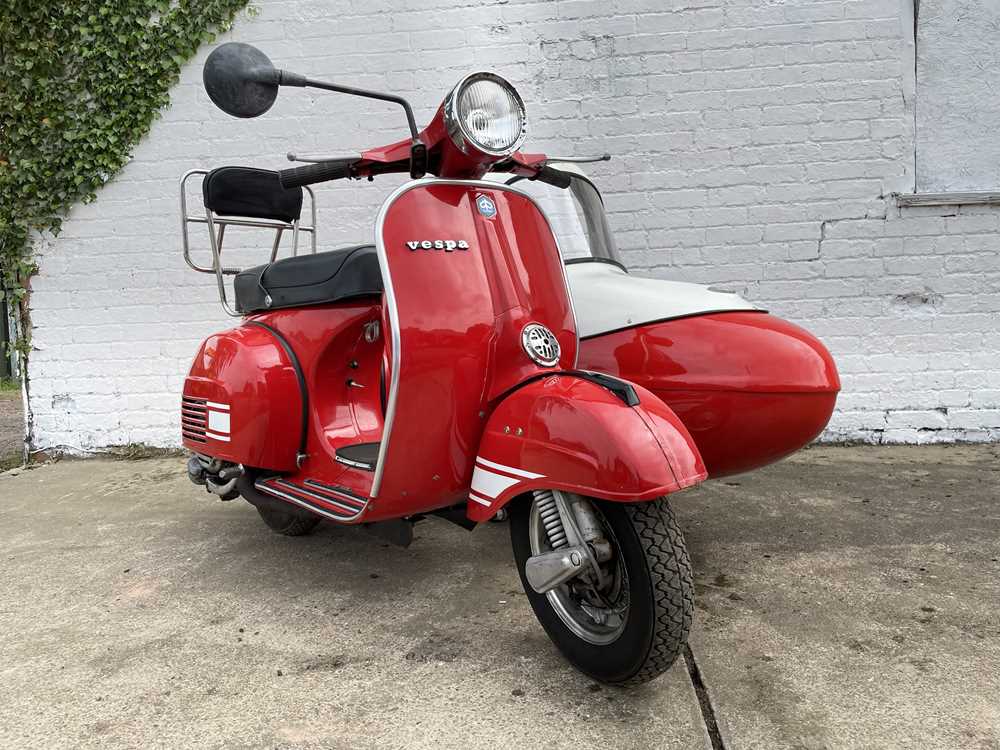 By the early 1960’s Vespa Douglas in Great Britain were importing Italian built Vespas as opposed to continuing to manufacture them. The Rally 200 made between 1972 and 1979 is much sought after by collectors due to its excellent and powerful performance coupled with attractive lines. Just over 41700 were produced. Most of these have been lost to the ravages of time and overly ambitious riders.

The Rally also known as the queen of Vespas was a large performance step up from the earlier models of the 1960’s. The

180 versions were well received for their performance and appearance. The 200 was similar to the Rally 180 but with a larger capacity cylinder capable of producing over 10 HP and crankcase modifications were made necessary to accommodate that. There was also a new FENSA electronic unit and the Rally 200 was produced in a range of vibrant colours in tune with the fashions of the 1970’s.

This example was owned by the late Kev Walsh who was a well known champion of all things scooter in the UK. It has had a genuine Rally 200 replacement body at some time in its earlier life possibly supplied at the same time as the Bambini sidecar which has been professionally installed using the correct fittings and alignments. There are many MOT’s supplied dating from 1987 with a steady slow increase in mileage which show the original engine with what is believed to be the correct mileage. She presents very well. The paint is generally very good. The original chrome headlight rim shows some signs of pitting although an easy repair. She is supplied with a modern V5 registration document and is ready to ride. Our consultant rode this combination recently and the engine sounded very good. All lights work. A rare and collectible Vespa combination presented in generally excellent condition.