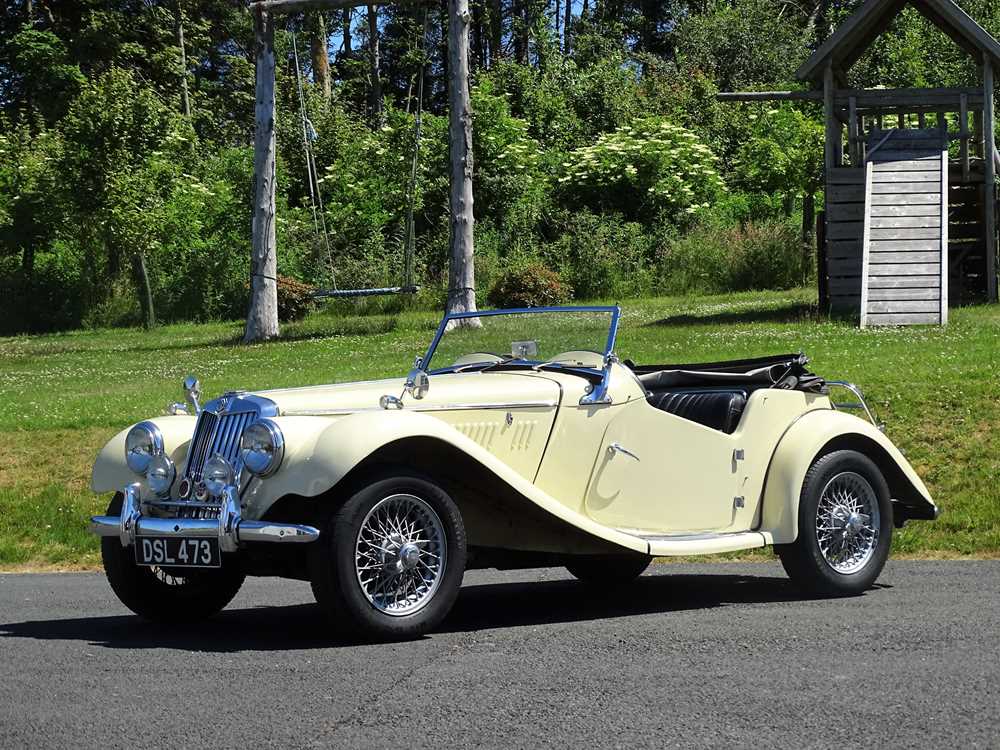 The final iteration of the pre-war Midget concept was the 'TF' and, like its predecessors, proved massively popular in the USA. It was a development of the TD Mkll, and the TF's most obvious differences from the older car are its raked radiator grille, lowered bonnet line and faired-in headlamps. First introduced in October 1953, the TF was powered by the XPAG 1250cc engine from the TD. Produced from 1953 - 1955, only 3,000 TFs rolled out of Abingdon with the great majority going to the USA in LHD format.

As a LHD export model ‘DSL473’ headed for California in November 1953, remaining in one family’s ownership until repatriation to the UK in 1999. In 1955, the original 1250cc engine was replaced with the later 1500cc engine by the supplying dealer. It wears the original Ivory colour with a Black interior. In current UK ownership since 2000 the TF was converted to RHD during a professional restoration. In 2005 it had an engine overhaul by Steve McKie Sport cars followed by the fitment of a 5 speed Ford gearbox and carburettor overhaul. A collection of invoices, old MOTs and a British Motor Heritage Trust certificate are included in the sale. The vendor currently grades the bodywork, interior trim, paint, engine, electrical equipment, paintwork and transmission all as ‘very good’.