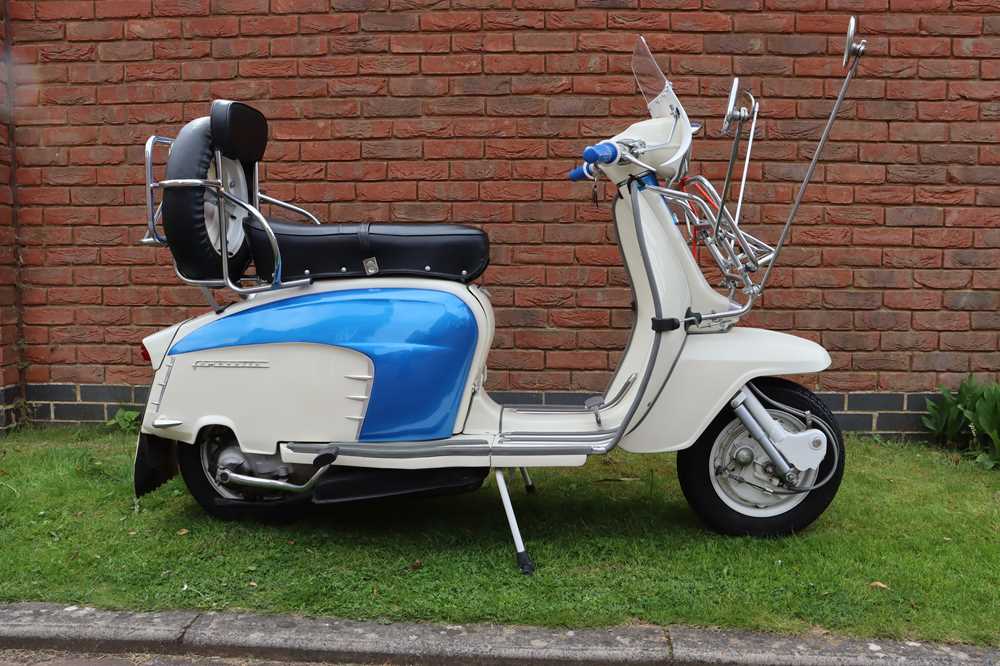 Ferdinando Innocenti had an engineering background having established his first workshop at the age of 18. Following the end of WW2, he, like many of his contemporary Italian industrialists required a product that would enable him to rebuild his shattered company based in the Milanese suburb of Lambrate. Therefore, the inspiration for the creation of the first Lambretta scooter can be found, like that of the rival Vespa, in the devastation that afflicted Italy following the Second World War and the country's desperate need for affordable transport. The new machine was unveiled at the 1947 Paris Show and featured a large tubular steel frame and was fitted with front and rear suspension. Power was provided by a two stroke, single cylinder engine with the early versions being offered as "open" models with no enclosure of the engine and only minimal leg shields and foot-boards but the introduction of the revised model C in 1950 saw the option of an enclosed variant, the LC which established the appearance of the Lambretta for the rest of the fifties. By the 1960s the introduction of TV range established the classic long and sleek Lambretta look that went on to become a style icon of the era. Considered by many to be the best scooter of its day, the GT200 was produced at the request of the British Lambretta Concessionaires who urged Innocenti to produce a scooter with more capacity and of course top speed. Initially, Innocenti was not too keen on the idea but finally agreed to produce a 200cc Lambretta, even if the UK importers had to take care of any warranty claims. Unprecedented top speeds and powerful acceleration counted more than reliability and the sales department soon rebranded the TV as the GT200 with reference to the famous sports cars of the time.

This rare GT200 was first registered on the 2nd of April 1965 and bought by the vendor, as only its second owner in 1967. Used by him as his main go-to work transport and for pleasure use over the next 9 years, it was laid up in 1976, only coming out of hibernation in 2002 when it was treated to a cosmetic and mechanical recommissioning by Bedlam Scooters at a cost of £2255, having only covered about 700 miles since. With the help of the Lambretta Club it was then put onto a modern V5 registration document retaining its original number plate. The scooter is presented with many extras fitted by the vendor during his long ownership including a fly screen, front carrier, rear carrier with spare wheel and extra mirrors. Now wearing a 3 in 1 rear carrier/backrest/spare wheel holder, the original 1960s high rise backrest is included in the sale together with the original 1960s front carrier, flyscreen and air horns fitted to the scooter in the day. There is an extensive paperwork file including the original 1965 buff log book stating the model as a GT200, 26 old MOTs between 1968-1976 and 2002-2021, an original owner's manual, the 1967 purchase invoice and the original tool kit. Also included is a Lambretta Concessionaires welcome pack sent to the vendor in 1967 containing a couple of general Lambretta catalogues and an interesting accessories catalogue. The vendor has even included his original HP Agreement and its original CO-OP insurance policy from when he bought it in 1967 and the original 1960s keyring! Supplied with a current V5C and, although not legally required, a MOT’d until 24-11-2022.

*PLEASE NOTE. It has only come to light when listing this GT200 that a badly handwritten '5' on the original buff log book has been interpreted as a '6' when the scooter was put on a computerised V5 in 2002.