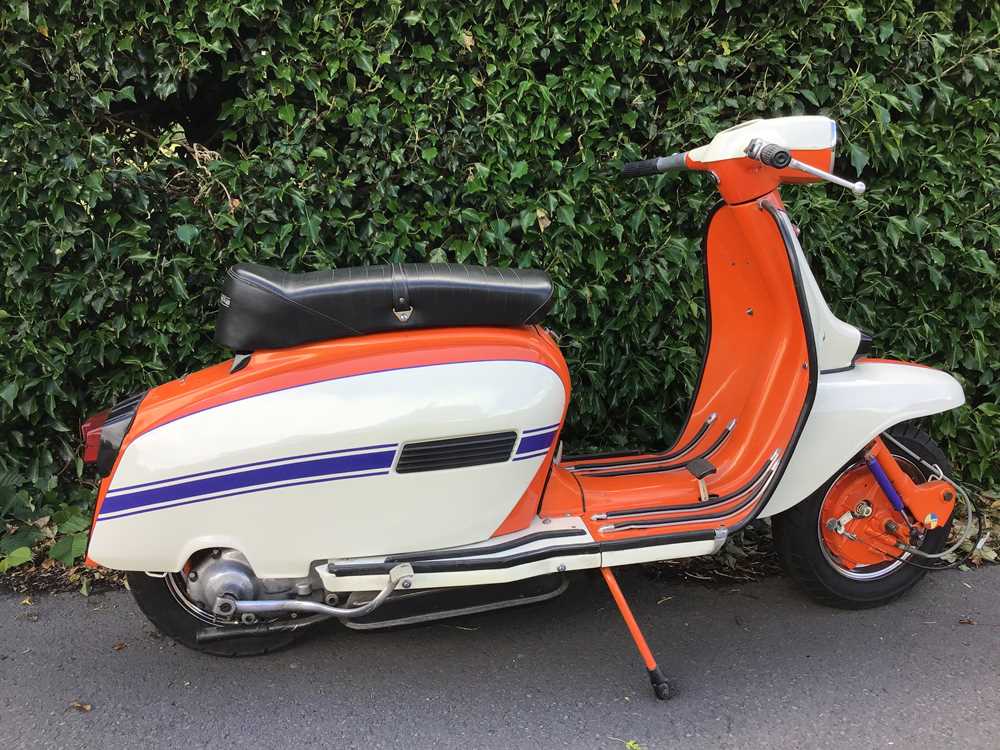 Ferdinando Innocenti had an engineering background having established his first workshop at the age of 18. Following the end of WW2, he, like many of his contemporary Italian industrialists required a product that would enable him to rebuild his shattered company based in the Milanese suburb of Lambrate. Therefore, the inspiration for the creation of the first Lambretta scooter can be found, like that of the rival Vespa, in the devastation that afflicted Italy following the Second World War and the country's desperate need for affordable transport. The new machine was unveiled at the 1947 Paris Show and featured a large tubular steel frame and was fitted with front and rear suspension. Power was provided by a two stroke, single cylinder engine with the early versions being offered as "open" models with no enclosure of the engine and only minimal leg shields and foot-boards but the introduction of the revised model C in 1950 saw the option of an enclosed variant, the LC which established the appearance of the Lambretta for the rest of the fifties. By the 1960s the introduction of TV range established the classic long and sleek Lambretta look that went on to become a style icon of the era culminating in the Bertone designed 'Grand Prix' models of the late sixties.

This GP200 was first registered in the UK when new in September 1970 and has only had 4 recorded keepers since with the first owner selling it in 1982. Changing hands again in 1986, it was restored in 1999 being refinished in its current Orange and Cream colour scheme but keeping the rest of the scooter in standard trim. A rare chance to acquire a UK market Grand Prix, run recently and supplied with a current V5C.