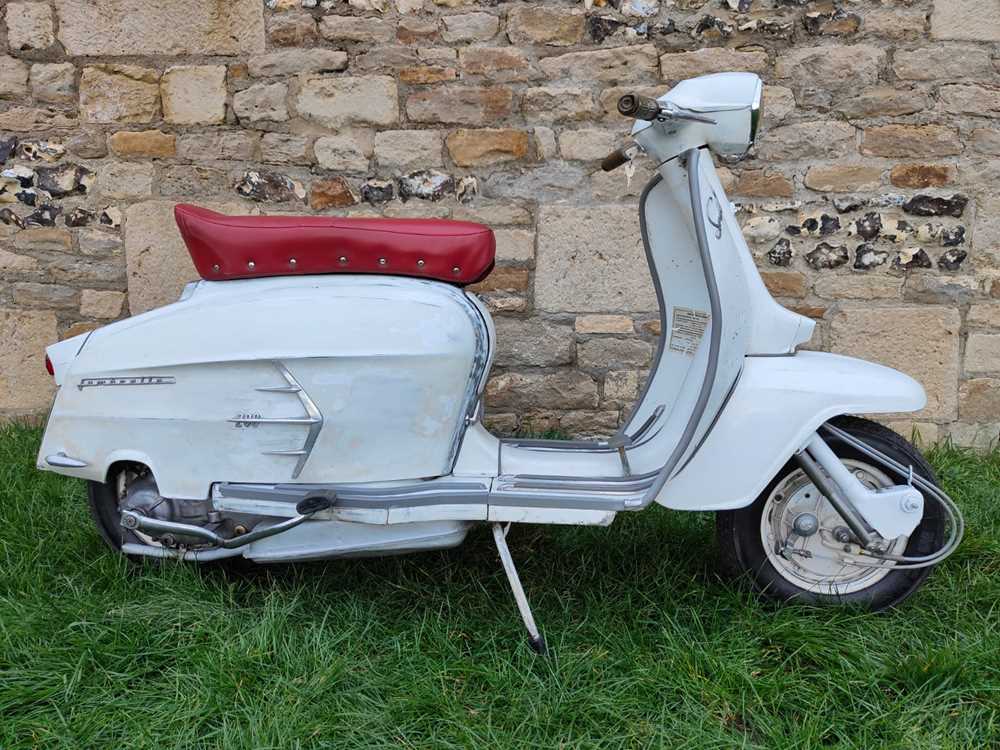 During World War 2 Ferdinando Innocenti ran a steel tubing factory in the Lambrate district of Milan in northern Italy, producing components for the Italian Air Force and construction. After the war Innocenti needed to find a new product in order for his business to survive. Inspired by the Cushman scooters that the US army imported into Italy, Innocenti realised he could apply many of the parts that the factory was already producing to motor scooter production. Innocenti started production of Lambretta scooters in 1947, the year after Piaggio started production of its Vespa models. There are still clubs across the world, both national and local clubs, devoted to the Lambretta scooter. The clubs still participate and organise ride outs and rallies which regularly take place during weekends over the summer months and still have high attendance. Across the UK there are many privately owned scooter shops which deal with everything Lambretta, from sales, services, parts, tuning, performance and complete nut and bolt restorations. Many regard the SX200 to be the finest scooter Innocenti produced, and possibly regarded as the best scooter ever made. The SX range retained most styling features of the TV 175/200 Series III which preceded it. The bodywork however, was more angular and streamlined than that of the preceding LI models. Like the TV Series III, the headset housed a keyed ignition/light switch in the space that the standard LI had a simple kill switch. The SX200 had improved performance and gearing over the previous TV200 models. The SX is the quintessential Lambretta, they are extremely prized by collectors and the SX200 with its own uniquely styled panels and powerful motor is the absolute top of the scooter tree.

This 1966 version produced in the first year of SX200 manufacture was originally sold in Sweden. Imported to the UK in 2020 the scooter was UK registered. A comprehensive conservation service was undertaken by Wessex Scooters. The flywheel was re-magnetised, new tyres, tubes, cables, light switch, ignition, battery, filters and plugs were all fitted. New stand fittings and splash plate were also fitted. She is still on the original 6 volt points and it is assumed to be still using the original barrel, piston and gearbox as these were not deemed necessary to change. The seat is the original Guilari with a good quality replacement cover. It appears that sometime in its life in Sweden the scooter was prepared for and then over-sprayed in most outer places and there is evidence of the original paint in many places being etched ready for this. The current owner has revealed this by removing the overspray. Under the side panels and inside the leg shields were not over-painted. This scooter can be enjoyed and used as it is or could be the basis for a restoration knowing it is in largely unmolested original condition.