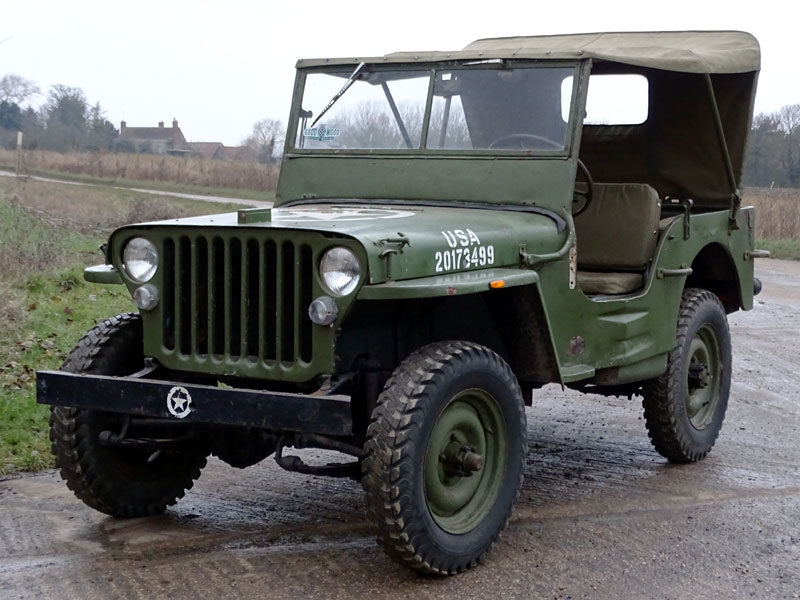 - A former US Armed Forces Jeep that was overhauled and modified by O.A.R.E. in Bologna immediately after WW2

- Running and driving but would benefit from further recommissioning / restoration

At the cessation of WWII hostilities, mainland Europe was littered with military hardware of various nationalities. This included many examples of the ubiquitous Jeep abandoned by the allied forces. Some of those left in Italy were subsequently converted to the Italian army's unique specification by the 'O.A.R.E.' (Army Auto Repair Workshop) and the Willys MB now being offered is an example that remained in Italy until imported to these shores just two years ago. Though, like most that received the 'O.A.R.E.' treatment, the sale Jeep has been largely converted back to original specification, it still displays traces of the hinge mountings for the metal doors that were added, as well as Italian dashboard plaques with information about permissible speeds, the operation of the four-wheel drive transmission etc. The vehicle was most recently used at last September's Goodwood Revival meeting and, though running and driving, it would nevertheless benefit from a degree of further recommissioning/restoration.
Share: