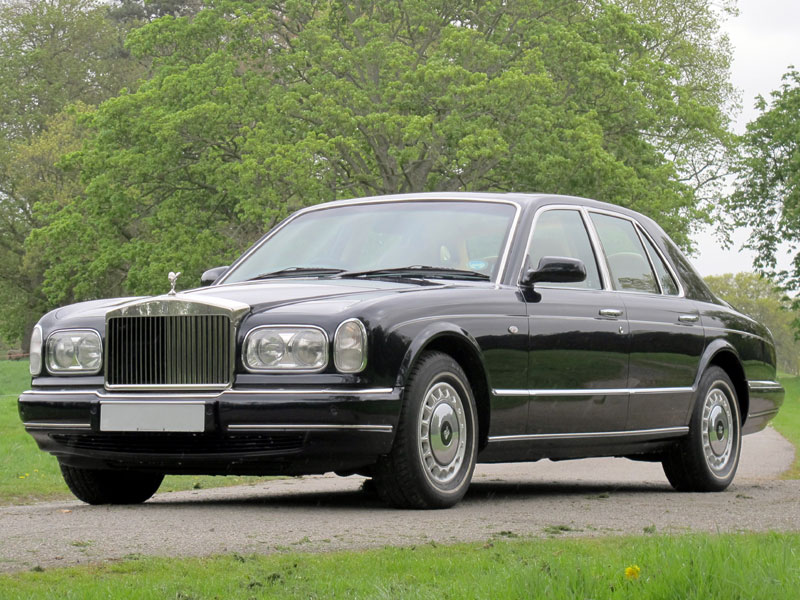 - One private registered keeper and 21,000 miles from new

An undisputedly fine motorcar, the Graham Hull-penned Silver Seraph marked Rolls-Royce's intention to reclaim its reputation as producer of `the best car in the world'. Following a long gestation period that dated back to the late `80s, the model was actually only made for four years - 1998 to 2002 - as a result of which just 1570 examples ultimately vacated the factory in Crewe, making it a relatively rare breed. The company claimed the monocoque chassis to be 65 percent stiffer than that of the Silver Spirit it replaced. Power came from a BMW-derived all-alloy V12 engine of 5.4-litres, making it the first 12-cylinder car to transport the Silver Lady since the mighty Phantom III of 1939. The Seraph shared its platform, bodyshell and much else with the Bentley Arnage of the period. But while the twin-turbo V8-powered and more stiffly-suspended Arnage was aimed at the enthusiast driver, the Seraph was all about comfort and luxury.

The example now offered hails from December 2000 and was owned by Rolls-Royce until purchased by its one and only private keeper in November the following year. It is presented in the striking combination of Black Sapphire bodywork and an interior trimmed in Navy Blue-piped Barley coloured hide and carpeted in Dark Blue Wilton. The paperwork shows the Rolls to have been serviced at 11, 12, 13, 17 and 19,000 miles, the last of which took place on December 12 last year - the mileage now stands at a notably low 21,000. Previously on a private plate, the Seraph is expected to be re-granted its original registration - `X744 CMA'. The motorcar is now offered complete with: Tracker; original book packs; company build certificate; two sets of keys; sundry paperwork including service bills and old MOTs; plus a current MOT valid to November 22.
Share this page: