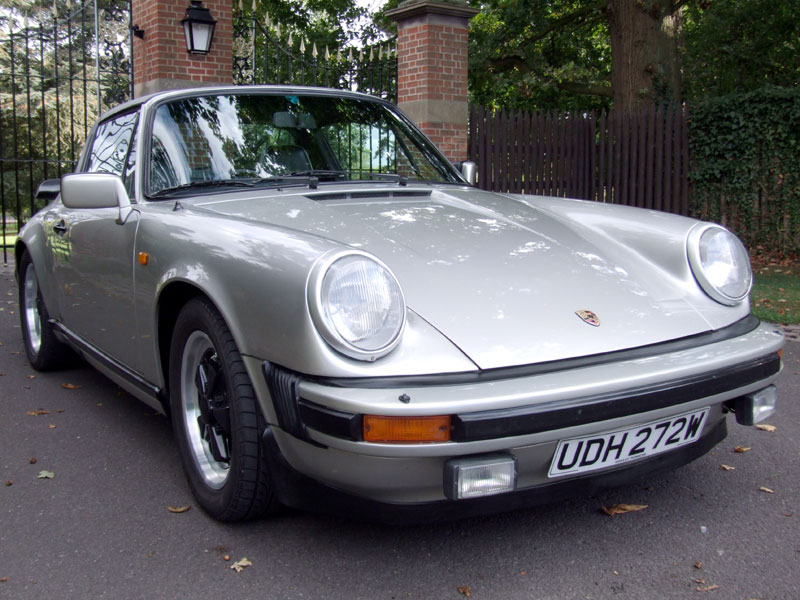 Extraordinary as it may seem thirty-four years hence, by the time Porsche launched the SC in preparation for the 1978 model year, the 911 line was supposed to be in its death throes and soon to be replaced by the vastly different 928. However, sales of the old timer had held up far better than expected and the model won a last minute reprieve. The newcomer incorporated the same luxury features as its 2.7 Carrera forbear - automatic heating control, flared rear wheel arches, pile carpet, electric windows etc - but featured an engine of rather different construction, size and character. The crankcase was now of aluminium rather than magnesium, and the crankshaft stronger and equipped with larger bearings. The fan had fewer blades in order to reduce noise and, more fundamentally, the capacity had risen from 2687cc to 2994cc. The unit was fed by Bosch K-Jetronic fuel injection and mated to the 915 series five-speed gearbox. Servo brakes became standard with the new model. The power output of the early SCs was actually 20 horsepower down on that of its predecessor (180 as opposed to 200bhp). However, new camshafts endowed the unit with a higher, flatter torque curve that made the car easier to drive and virtually as quick overall. Nevertheless, the output was increased to 188bhp in 1979 and 204bhp in 1981. Production of the SC ran until 1983, when it was replaced by the '80 percent new' Carrera 3.2. A total of 57,135 SCs were manufactured, 21,548 of which had the optional Targa body.

'UDH 272W' left Stuttgart bound for England in 1981. A right-hand drive Targa-topped version, it is finished in Silver teamed with Blue leather upholstery. It has reportedly just been serviced and fitted with a pair of new heat exchangers and crossover pipe. It is understood to have a full service history and comes complete with a file of receipts for work carried out over the years (including an engine overhaul by RSR Porsche specialists some 18,000 miles ago plus the fitting of a new clutch), as well as tax until the end of February and an MOT into September 2012. The vendor considers the bodywork, paintwork, trim, engine and transmission of the SC to all be "very good".
Share this page: