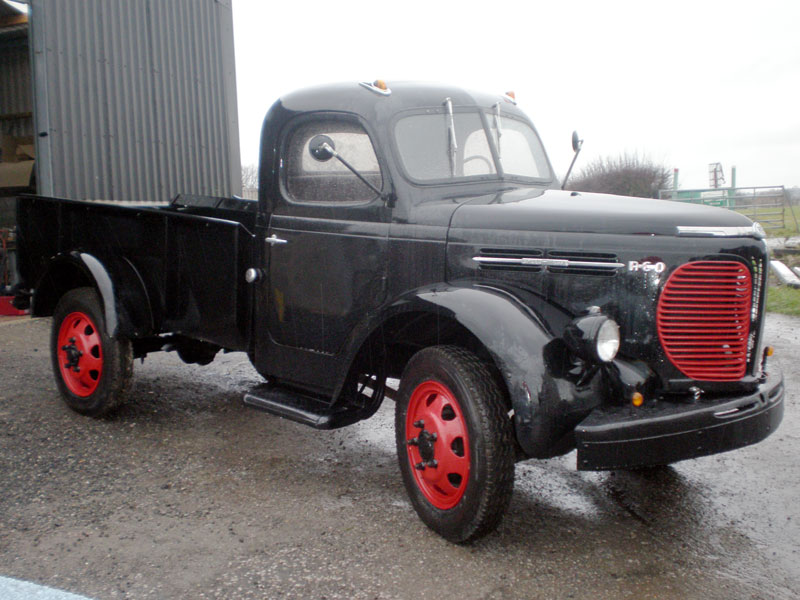 Not many people found one car company, let alone two like Ransom Eli Olds. He initially enjoyed great success with the Oldsmobiles produced by the Olds Motor Works he established in 1897. However, financial difficulties ensued and he left in 1904 to form the REO Motor Company. Oldsmobile survived his departure to become part of the General Motors empire four years later. Like Oldsmobile before it, REO got off to a good start and by 1907 was among the top four American car producers, after which the company lost market share to the might of such fast expanding brands as Ford and General Motors. REO initially concentrated on car production, but soon added a truck and bus division to the mix. By the mid 1920s, Olds had retired and Presidency of the company had passed to his protégé Richard Scott. However, the combination of an ill conceived product range and the Depression took its toll and car production was abandoned in 1936 in favour of a truck-only policy. The mass requirement for lorries during WWII heralded a brief revival in the company's fortunes, but they began flagging again not long after, and ownership passed from competitor to competitor before bankruptcy finally occurred in 1975. The name of the company's flatbed delivery truck and fire engine, the REO Speed Wagon, has lived on however, as it was adopted by the American rock group REO Speedwagon that formed in 1967 and is still performing to this day. The fore-runner of today's pick-up trucks, the Speed Wagon was powered by a 4-litre flathead six-cylinder engine linked to a four-speed manual gearbox.

The left-hand drive Speed Wagon on offer was reportedly manufactured in 1946 and is rumoured to be the only one of its type in the UK. It features Black bodywork teamed with a Brown interior. The vendor considers the REO to be in "excellent overall condition" and believes but does not warrant the indicated mileage of 55,000 to be genuine. Period trucks have an avid band of followers, for which 'TFO 807' provides a unique opportunity, being an eminently practical vehicle with scope for everything from general shows and commercial vehicle rallies to film and TV work.
Share: