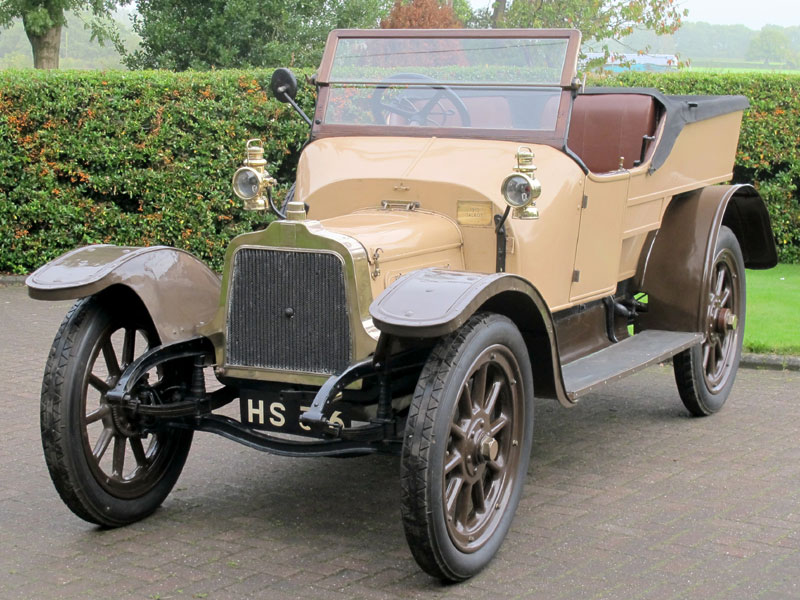 Clément-Talbot (later just Talbot and then Sunbeam-Talbot) was a British manufacturer based in North Kensington, London. Founded in 1903 by a syndicate financed by the Earl of Shrewsbury and Talbot, it initially offered cars assembled from components produced by the French company Clément-Bayard, but the percentage of British-made content was quickly increased. As befitted the times, Talbot went on to manufacture a wide variety of models powered by engines ranging from a diminutive 7hp twin-cylinder unit to a mighty 60hp four-cylinder one. The brand's heyday was arguably the early '30s when the Fox & Nicholl-prepared 105 and 110 team cars fared so well in racing.

This fascinating 12hp Talbot was apparently delivered in chassis form to The Western Motor Company of Glasgow in February 1910, and is known to have served in France as an ambulance during WWI. The current rear entry Waggonnette body is presumed to have been a post-1918 addition and was fitted to the car when it was unearthed in Scotland during the 1970s. A restoration ensued and the refurbished Talbot is understood to have featured in the 1978 film version of the Thirty-Nine Steps. 'HS 316' is finished in Cream over Brown and trimmed in imitation Brown leather.

The venerable Waggonnette remained in its previous ownership from 1986 until 2015, when it was purchased by the vendor at our October Duxford sale. He has subsequently fully overhauled the engine and gearbox and fitted a starter motor, and presently views the coachwork, paintwork, interior trim, four-cylinder engine and transmission as all being in 'good' order. Having enjoyed the Talbot both on the road and in a VCC rally, he's sadly come to the conclusion he's 'too old' for such pastimes. 'HS 316' is therefore now offered complete with Veteran Car Club of Great Britain dating certificate and at No Reserve.
Share this page: