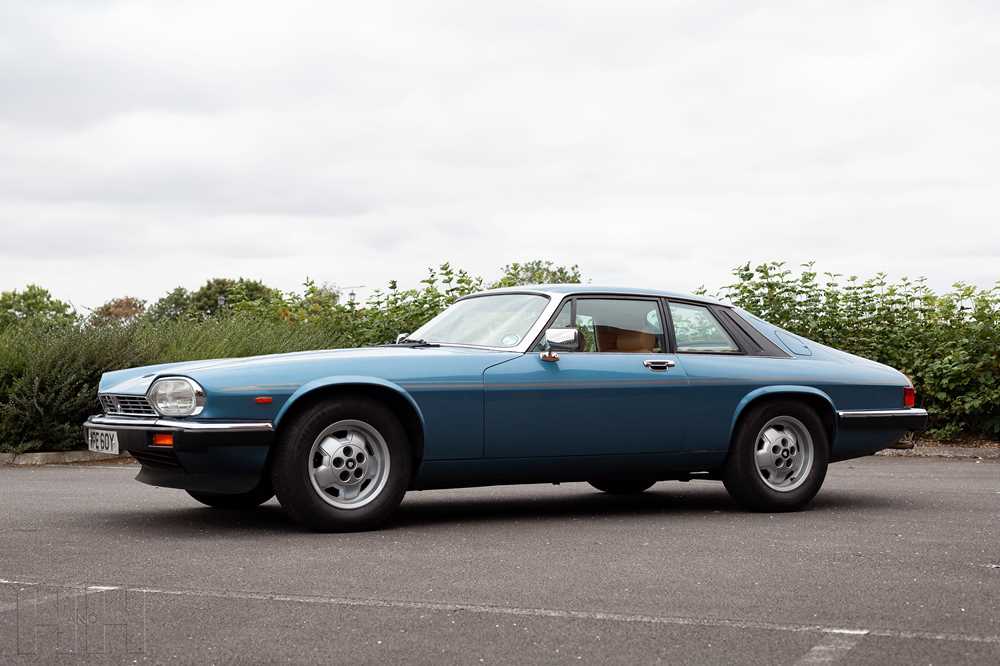 Arguably the most complete grand tourer of its generation, the XJ-S's ride / handling balance remains impressive to this day. Fitted with nicely damped coil-sprung suspension, power-assisted rack and pinion steering and potent four-wheel disc brakes, elements of its design were bequeathed to both the Jaguar XK8 and Aston Martin DB7. Though, sadly neither inherited its legendary 5343cc V12 engine. Rated at 295bhp and 320lbft of torque in its later guises, this superlative unit was mated to three-speed automatic transmission as standard. Said to be capable of 150mph and 0-60mph in less than eight seconds, for many the ultimate XJS variant remains the first series V12 Coupe.

This XJ-S is truly exceptional. Not only has the Jaguar been in single family ownership and covered a mere 17,000 miles from new but it also exhibits a rare degree of originality both in terms of the vehicle itself and the accompanying paperwork. How many other thirty-nine year old vehicles have you encountered that still have the original factory stickers present on their seatbelt tongues? Supplied new by Wadham Stringer of Guildford to Mrs Irene Richards, ‘WPE 60Y’ pleasingly retains its original order form, sales invoice, Super Cover document, Ziebart treatment certificate and Pre-Delivery Inspection report. Finished in the gorgeous combination of Sapphire Blue Metallic with Biscuit leather upholstery, the 2+2-seater’s interior remains a delight with a notable lack of wear to the trim and lustrous wood veneers. Sparingly used but well looked after, main dealer service sheets on file are augmented by invoices for a new water pump, hose kit and air-conditioning conversion etc (to more modern R134a refrigerant) not to mention a factory recall for the fuel and ignition systems. Recently recommissioned following a period of inactivity, ‘WPE 60Y’ started readily and ran very well during our recent photography session. Riding on its original starfish alloys, this very special XJ-S would grace any marque collection.