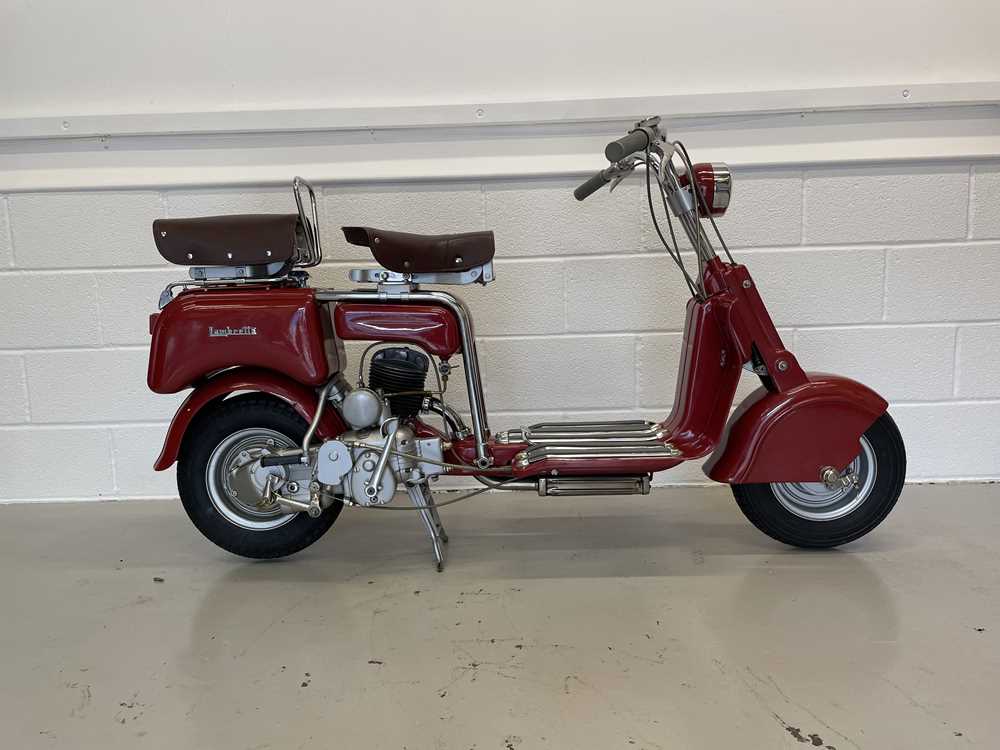 During World War II Ferdinando Innocenti ran a steel tubing factory in the Lambrate district of Milan in northern Italy, producing components for the Italian Air Force and construction. After the war Innocenti needed to find a new product in order for his business to survive. Inspired by the Cushman scooters that the US army imported into Italy Innocenti realised he could apply many of the parts that the factory was already producing to motor scooter production. Innocenti started production of Lambretta scooters in 1947, the year after Piaggio started production of its Vespa models.

There are still clubs across the world, both national and local clubs, devoted to the Lambretta scooter. The clubs still participate and organise ride outs and rallies which regularly take place during weekends over the summer months and still have high attendance. Across the UK there are many privately owned scooter shops which deal with everything Lambretta, from sales, services, parts, tuning, performance and complete nut and bolt restorations.

The Lambretta model B was first introduced on the 11th December 1949 and represented numerous and substantial improvements over the preceding Model A. The wheels were increased to 8 inch as opposed to the previous 7 inch, a larger fuel tank, more efficient suspension and the adoption of a hand gear change instead of the previous foot change system.

This example has been subject to a very high quality restoration whilst in Italy and has recently been the central showpiece of a well known UK collector. A restoration of this magnitude would cost very many thousands of pounds and it appears to be correctly restored in every way. It is a beautiful example indeed. Our consultant was able to start the scooter quite easily but she will need some cleaning in the fuel lines and some adjustment to the clutch after having been on display and not used for some time.

These 1940’s Lambrettas are tipped for rocketing collectibility in the near future. This example has been restored so well that it represents a great opportunity for a serious collector.