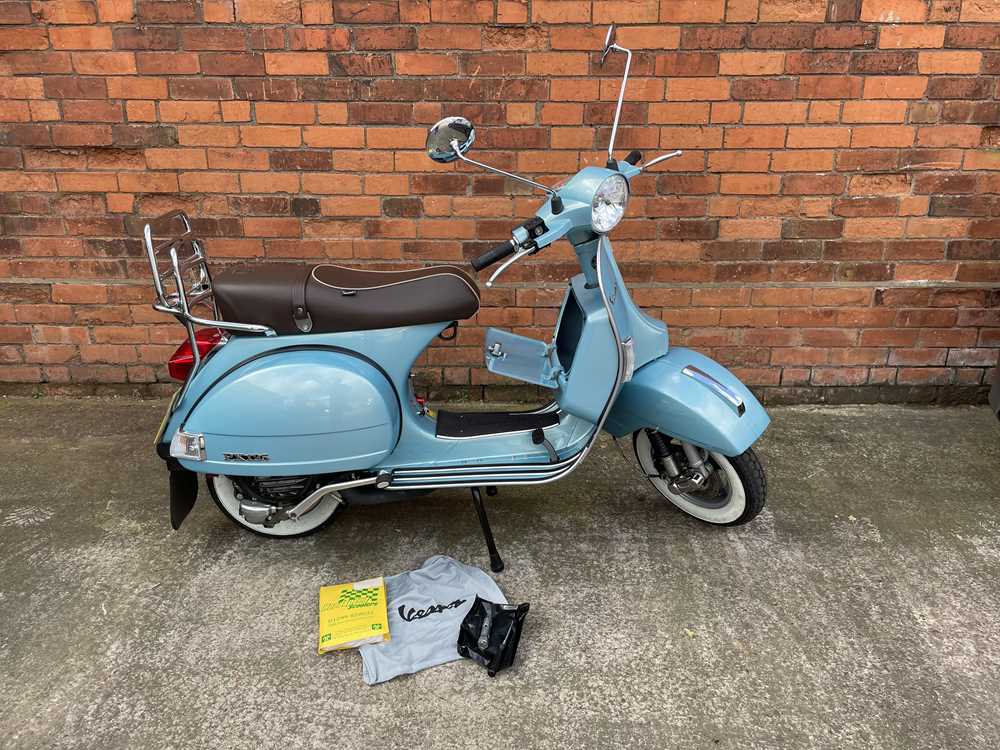 The Piaggio industrial group was devastated by the consequences of World War 2. Amongst the projects muted to rescue the company was an idea to help mobilise the Italian public with a new transport concept ‘The motor scooter’. This was inspired by the Cushman scooter of Nebraska, USA as used by the US paratroopers and seen in the Italian campaign of WW2. Aeronautical engineer Corradino d’Ascanio, normally associated with inventing helicopters, was given the job of designing the scooter. D’Ascanio did not like motorcycles and designed the new vehicle from scratch with a vision for clean reliable personal transport for both men and women. During trials the buzzing noise of the engine and body shape combined for the scooter to be christened the ‘Vespa’ the Italian translation for wasp. From the launch in 1946 it was such a success that it has become a symbol of taste, fashion and style and is one of the favourite global design icons of all time, the Vespa. The Vespa P range was launched in 1977 in Milan as the nuova linea model (new line). A hugely successful model for Piaggio for almost 40 years but the end of the line was near and when the last stock was sold and no more 2 stroke PX models were to be produced. Production of the PX ended completely in early 2017 as the engine would fail to meet Euro 4 compliance emission requirements. A final commemorative model called the '70th Anniversary Settantessimo' was produced as a final farewell to the most successful Vespa range of all time. It appeared in a special unique Azzuro Blue colour. It sported a Dark Brown leather seat with Beige piping and thermo bonding depicting the 70th anniversary logo. The logo is also found on the side panel and a special plaque on the toolbox door. The wheels were also supplied in a special colour for the first time.

This ‘as new’ special edition model was supplied new by Reedspeed who fitted a 177cc Polini kit and SIP Road 2 exhaust from the outset. It has covered only approx 200 miles and comes with a full owners pack and both keys. A truly collectible Vespa.