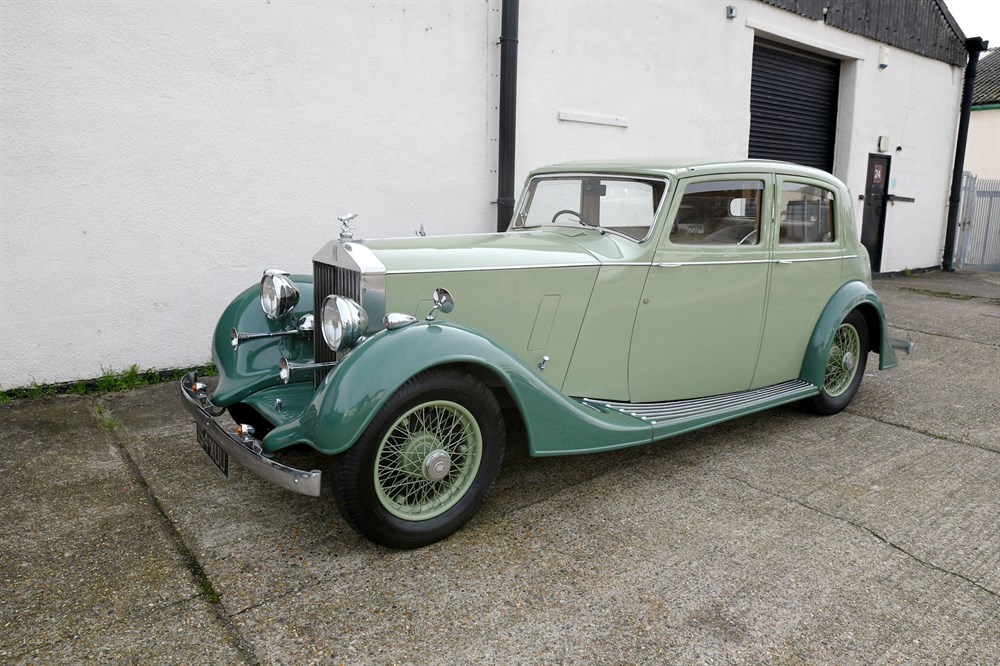 - subject to an extensive restoration and re-trimmed interior

This charming 25/30 is finished in Two tone Green matched to a cream leather interior and features Thrupp & Maberly sports coachwork. Owned by the current vendor for over 30 years `154 XUU' has been subject to an extensive restoration which first started with the body in the late 1990's. More recently the interior has been retrimmed and the body repainted with attention also being paid to the chrome work. The vendor informs us `154 XUU' previously had a nock from the engine however a service and replacement piston seem to have cured the problem. Offered with chassis card records and a collection of invoices this attractive looking 25/30 must be worthy of closer inspection.
Share: