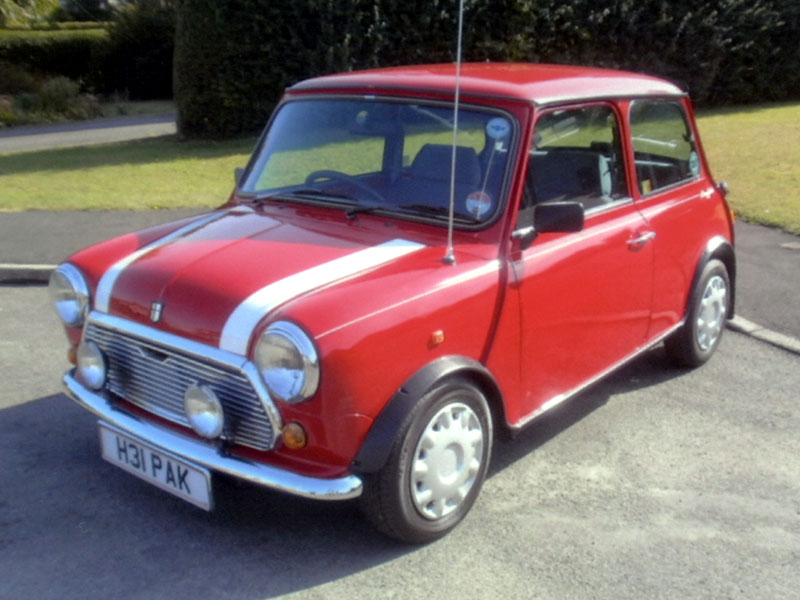 As a result of the Suez crisis, Britain found itself back on petrol rationing by 1956. BMC's Leonard Lord recognised the urgent need for a small car with ground-breaking economy. Within a year the now famous team of Issigonis, Daniels and Kingham had designed and built a prototype of ADO 15 (Austin Drawing Office project number 15) and the production version of what's now known as the Mini was launched just two years later. It was a revolution on wheels. By placing the engine across the frame and the gearbox in the engine sump, Issigonis was able to devote eighty percent of the floorpan area to the accommodation of passengers and luggage - the template for most small cars to this day. The car's original suspension system was also a first. Instead of conventional springs, the Mini featured rubber cones. While these resulted in a choppy ride they also endowed the car with its famous go kart-like handling. During its forty-one years of production, the original Mini was offered in a number of limited editions. The 'Mayfair' was available from 1982 to 1994 and came with either 998cc or 1275cc versions of the ubiquitous BMC 'A' Series engine. It was visually distinguished by its wheelarch extensions and contrasting coachlines with 'Mayfair' logos. Standard equipment included 12-inch wheels, opening rear side windows, radio, head restraints, locking fuel cap, tinted glass and rev-counter. Disc front brakes were standard from 1984 and alloy wheels became optional the same year.

The Mini Mayfair being sold departed the Longbridge factory in 1990 and features Flame Red paintwork and Grey velour upholstery. It is equipped with the 998cc engine coupled to the four-speed automatic transmission, and is understood to have remained within the same family since new and been garaged from day one. It reportedly retains its original Waxoyled subframes but benefited from the fitting of new front wings, front panel and A panels six years ago, and new sills six months ago. The vendor now regards the bodywork, paintwork, trim, engine and transmission as all "good". The Mini comes complete with an MOT into July next year and a large history file that includes all previous MOT certificates.
Share: