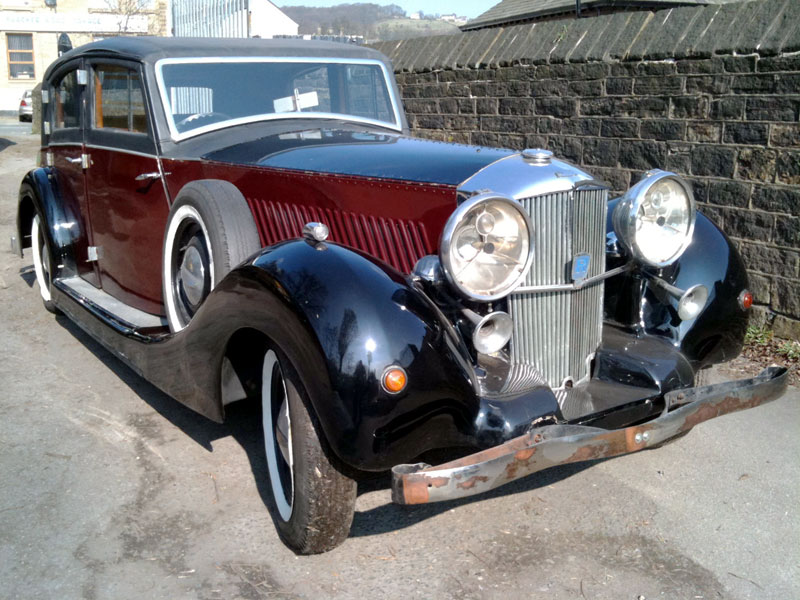 The Railton car company was formed in 1933 by the renowned designer of world land and water speed record vehicles Reid Railton, and Noel Macklin who was seeking a new venture having just sold his first motor company, Invicta. In common with the Invictas before them, Railtons were built at Macklin's Fairmile estate at Cobham in Surrey. The company made its name from equipping Hudson Terraplane chassis with lighter, sleeker bodies and thereby offering straight-eight powered cars of exceptional performance for the period. Smaller six- and four-cylinder Railtons were introduced to the line-up as time went on, however, Macklin decided to turn his attention to powerboats in 1939 and sold the business to the Hudson Motor Car Company of Detroit, Michigan. At this point production moved to Chiswick, but few additional cars were produced before the outbreak of war, and hardly any following the cessation of hostilities.

The Railton Cobham offered was manufactured in 1937 and features Maroon over Black bodywork, a Black leather and vinyl interior and white wall tyres. The four-light, four-door body is a Coachcraft design by University Coachworks Limited - the company that clothed many Railtons at that time. Rumoured but not confirmed to have come from a similarly well performing Humber, the Cobham's replacement six-cylinder sidevalve engine is allied to a manual gearbox. We understand the car has been dry stored for the last sixteen years and the vendor now describes the bodywork as "solid", the paintwork as having "cracks in some parts", the engine and transmission as "running okay" and the brakes as "not great!" With a total production of about 1,500 cars, Railtons of all types are few and far between, and the Cobham model a rarity among them. Apparently complete and running, `MSV 497' represents a unique opportunity to breath new life into the product of a classic British marque.
Share: