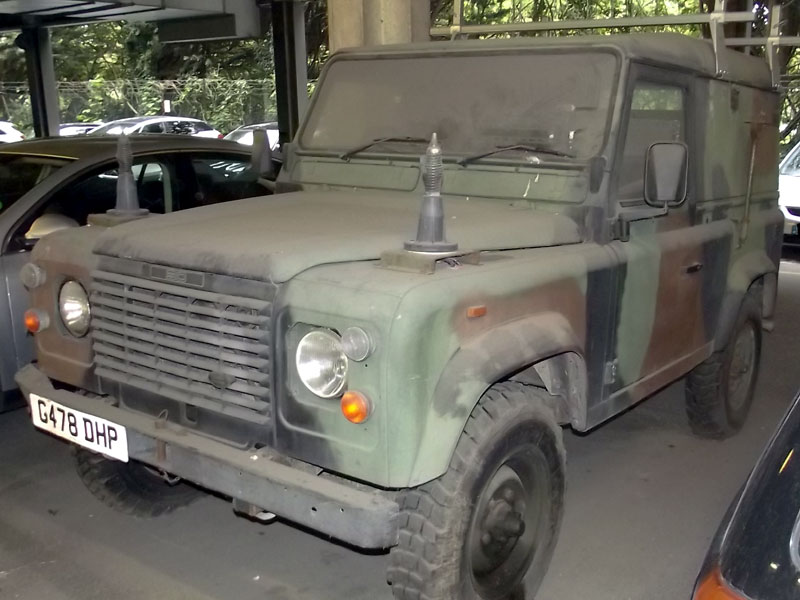 - Retired in 2014 and not run since but kept in dry storage, requires recommissioning

First registered in June 1990 and displaying a Coventry issued number plate, possibly something to do with the factory.

Believed by the vendor to have been an Army FFR vehicle (Fitted For Radio) with the relevant antenna fittings.

Acquired by a large electronics company in 1993 which became part of the vendor's defence and security company a few years later.

Used by the two companies for development and testing of electrical equipment in their client's intended vehicular environment.

In dry storage since 2014 when its testing uses were complete, and although not driven since the vendor has recently had the engine running.
Share: