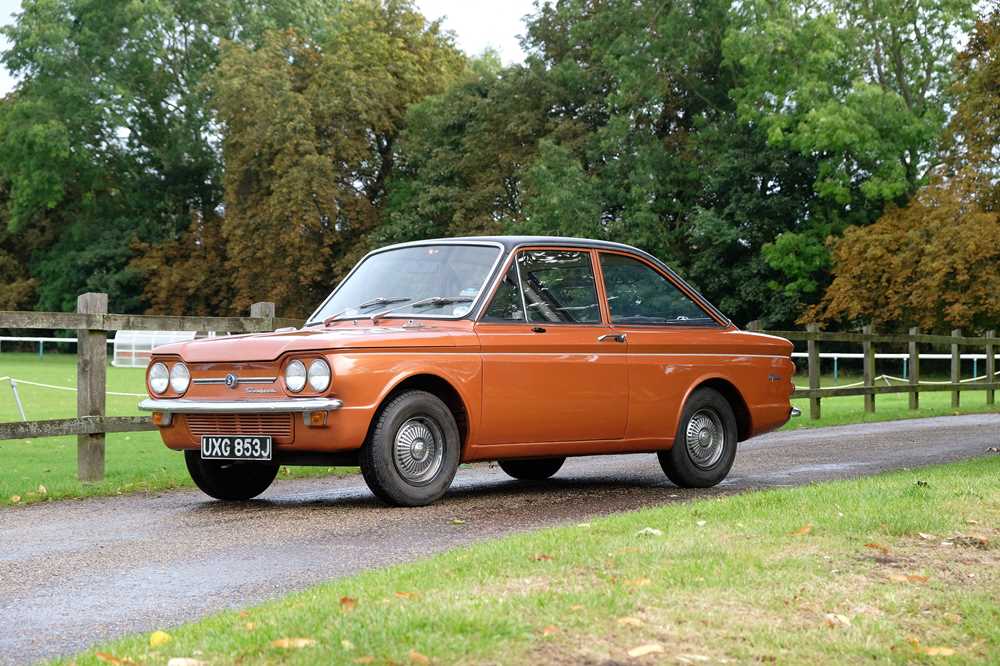 The Sunbeam Stiletto is considered by many to be the most desirable, certainly the most sought after, Imp model. It combined the sleek coupé lines of the Californian and the engine of the Imp Sport. The new small saloon was launched in 1963 and built at a brand-new factory at Linwood, Scotland. It was co-designed by Michael Parkes, a development engineer for Ferrari, and one of its most notable features was the all-aluminium, high-revving overhead-cam engine mounted at the rear, based on the lightweight Coventry Climax racing engine. The Imp also boasted all-independent suspension, plus access to the luggage tray behind the rear seats via the opening rear window - a very early hatchback. An improved MkII version appeared in 1966, which did away with such oddities as the pneumatic throttle control. Sharp rack and pinion steering makes these true driver's cars, with a sprightly turn of speed thanks to a light weight of just 1560lbs. The Stiletto, introduced in 1967, is distinguished from its lesser brethren by a sloping coupe rear roofline (on these the rear window doesn't open) and quad headlights, while it used the Imp Sport engine, producing 55bhp at 6100rpm and giving 90mph and 0-50mph in just over 10 secs. Just 3,378 302 Series Stilettos were manufactured, making this a very rare proposition.

Presented in burnt orange with contrasting black interior, UXG 853J is a rare opportunity to acquire one of these desirable models and was manufactured in 1970, making it one of the rarer 302 series models, and has been in current family ownership for the last 17 years. UXG 853J was restored by its late previous owner and has seen little use since. Showing only 55,052 miles and just 3 former keepers (1 of which being the late husband of the current owner), UXG 853J has recently benefited from a replacement brake master cylinder and come accompanied with a number of previous MOTs an invoices, as well as the V5 document. The vendor rates the condition of the bodywork, engine, electrical equipment and paintwork as ‘Good’, the Transmission and gearbox as ‘Good to Very Good’ and the interior trim as ‘Very Good’.