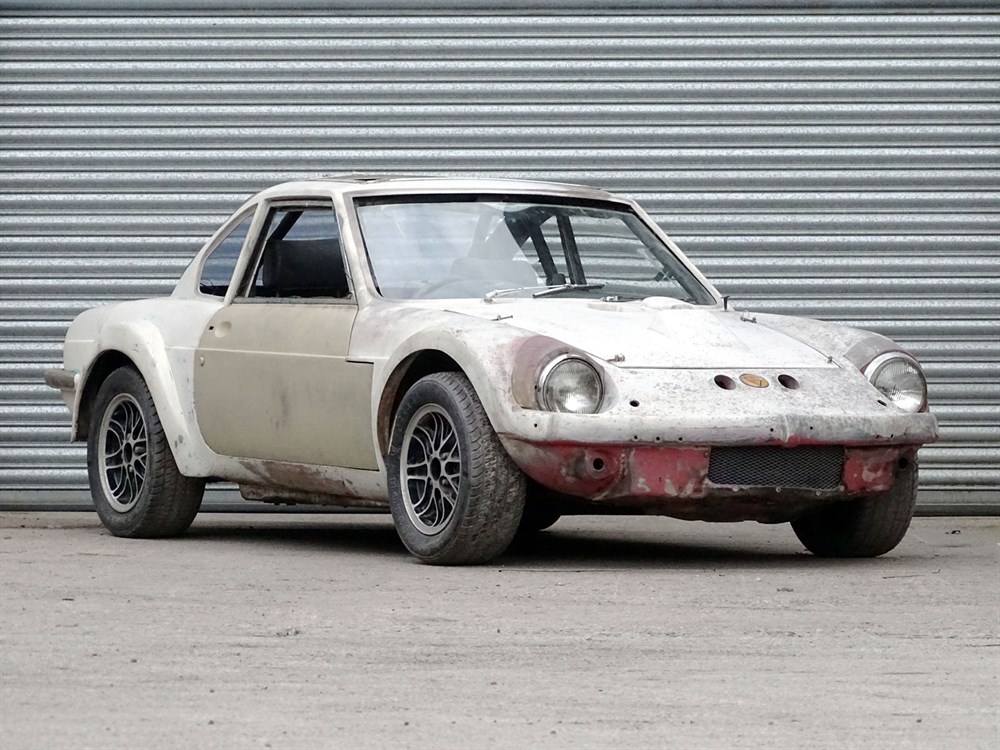 Borne of the same post-WW2 special-building tradition as Lotus, Marcos and TVR, Ginetta was founded in 1958 by the four Walklett brothers. Although, best known for their sports racer and kit car designs, the quartet also produced a series of fully type-approved road cars beginning with the G15. Conceived as an affordable sportscar and dubbed the 'poor man's Lotus Elan', the two-door fixed-head coupe was introduced at the 1967 London Motor Show. Commendably light, its box-section ladder-frame chassis played host to a rear-mounted Hillman Imp Sports 875cc drivetrain, Triumph Herald / Spitfire front suspension and sleek fibreglass bodywork. Benefiting from a very low rear roll centre and negative camber up front, the G15 proved an exhilarating drive. Reputedly capable of 0-60mph in 12.9 seconds and 94mph in standard tune, the two-seater could also be had with an enlarged 998cc 'sports' engine. Evolving through five series, the diminutive Ginetta fell victim to the oil crisis during 1974 but not before some 796 had been made. Arguably, the Walkett brothers' most famous model (and certainly their best seller), the G15 achieved considerable competition success at the hands of Chris Meek and Allison Davies among others.
Share: