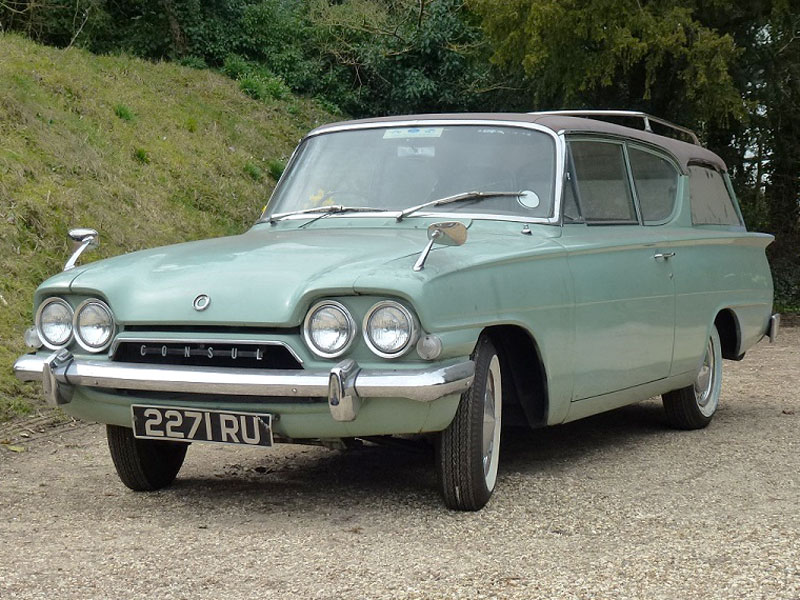 - Body by Hughes Ltd in Kenya

109E18717 rolled off the production line at Dagenham in 1961 as a grey two door saloon. Interestingly it then formed part of a small batch of seventeen examples that were delivered to Hughes Ltd, Ford's then main agent in Nairobi, where Cassini & Hughes would convert them into station wagons for police use. Following its conversion, and for reasons unknown, the car returned to the UK in August 1964 being registered BLR 298B. By the late 1970s it was in a sorry state and was acquired by Bob Renshaw who restored it replacing the original 1340cc engine with a 1500cc unit. By 1992 the car was deteriorating again and was purchased by John Cantwell who set about another rebuild, changing the colour from Bronze to Spruce Green and re-registering it 2271 RU. Following its completion the car was a regular on the show circuit being featured in Popular Classics magazine before again falling into disuse.

Displaying some 74,000 miles and one of just three known survivors, this rare barnfind is ripe for another restoration and comes with Swansea V5 and history information as researched by John Cantwell.
Share: