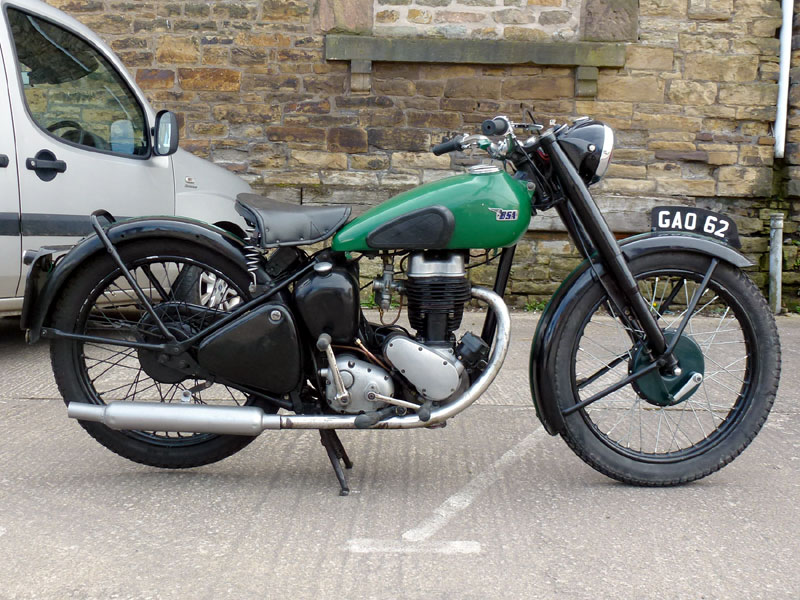 The C11s origins lay in the years leading up to the outbreak of the Second World War when the first version was introduced, derived from the side valve C10. The new model offered considerably more performance when compared to the prosaic C10 side valve with which it shared many components. The end of hostilities in 1945 marked a return to civilian production for BSA whose catalogue soon included a revised version of the over head valve single. Early machines had been equipped with girder forks but the post war models quickly adopted telescopic forks with a plunger frame being offered as an option from the turn of the fifties.
The example offered, dating from 1947, has recently benefitted from a new front wheel and last had an MOT in December 2011. It is described as being a good runner and is offered with tidy paintwork. A Swansea V5C is included with the motorcycle.