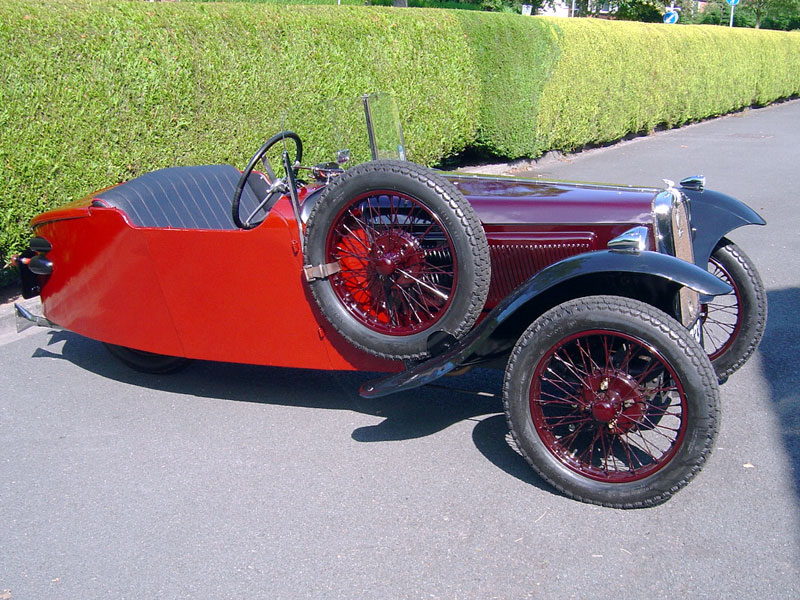 The tri-car, three-wheeler, tricycle, call it what you will, has punctuated the development of the motorcar from day one, and shows every sign of continuing to do so. Nicolas-Joseph Cugnot's three-wheeled 'fardier à vapeur' (steam dray) of 1769 is credited with being the world's first self-propelled land vehicle, while the Benz tricycle of 1886 is general regarded as the first purpose-built automobile. The fearsome-looking Morgan V-twin powered three-wheelers, around which the company built its reputation in the last century, have just been reborn to excite a whole new generation of customers - and so the story continues. Morgan was certainly the British Small Arms Company's (BSA's) prime competitor on launching their BSA Beeza three-wheeler in 1929. Previously known for their side arms and bicycles, they quickly found favour with the 1021cc V-twin Hotchkiss-powered machine, of which they were soon producing some 2,000 examples a year. Within a few years, BSA was offering a whole range of front-engined, front-wheel drive three-wheeled mircocars to suit all requirements, from a Sports model to a Family one with child seats in the rear. Prices ranged from around £100 to £125 and BSA three-wheeler production continued sometime after the introduction of its four-wheeled Scout model of 1934.

'933 YUC' is reportedly a matching numbers BSA TW35-2 tricycle from 1935, powered by a 1021cc air-cooled V-twin engine driving through a three-speed manual gearbox. It has a Maroon and Red-coloured body, Maroon wire wheels, Black wings and a Black interior. A rare, three-owner vehicle, it is believed but not warranted to have covered little more than 42,000 miles from new and has benefited from considerable renovation in recent times. This has included: overhauling of the engine and transmission; a mix of powder coat and hand repainting; retrimming of the interior; the installation of a new marine ply floor with drop down metal pan for the driver's feet; replating of the nickel headlights; the fitting of a new wiring loom, six volt battery, old stock wiper motor arm and blade, and four new tyres with tubes. This charming period tricycle is now offered complete with original log book, and MOT and tax until May 2012, and surely deserves a suitably caring new home.
Share: