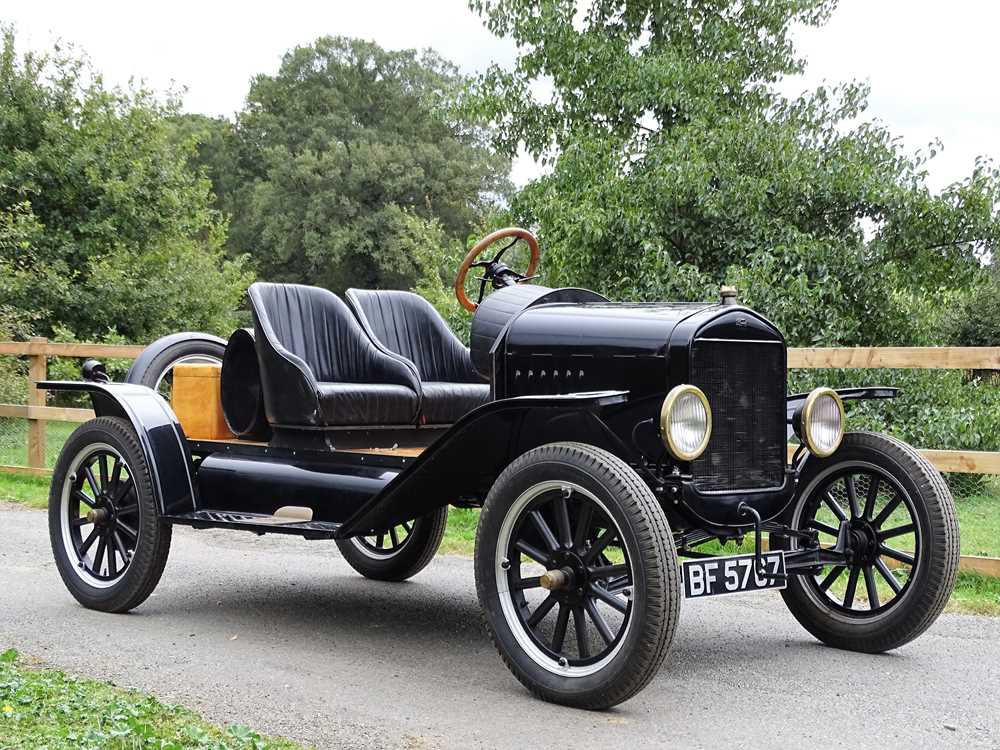 Resident in St Petersburg, Florida before being imported to the UK and road registered as ‘BF 5767’ on June 1st 2011, this racy looking two-seater was acquired by the vendor as a stalled project four years later. Understood to have had some mechanical fettling done by renowned Model T specialists Tuckett Bros, it came with a reproduction Speedster body but required reassembly and general sorting. The work was carried out by another respected pre-WW2 Ford specialist, Belcher Engineering of Norfolk, and the result is a menacing, minimalistic machine. There is a lockable wooden cubby to the rear deck but little other concession to practicality. That said, the engine does benefit from the provision of both an alternator and coil ignition. Starting readily upon inspection, ‘BF 5767’ offers great value for money and would doubtless be great fun on the open road.

With the introduction of a moving assembly line in 1913, Henry Ford famously turned his Model T into the world's first mass made car. A year later, Model Ts represented 56% of all automobile manufacture in the USA. However, it was not just the sheer volume of Model Ts rolling off the production line that motorised America, it was the inherent quality of the design. Launched in 1908, the T's chassis and mechanical components were made from exceptionally durable, high-grade vanadium steel. The Ford also featured a compact 2890cc, sidevalve, four-cylinder engine that pioneered the use of a detachable cylinder head. Mounted in unit with the clutch and two-speed epicyclic gearbox assembly, it developed some 23hp at a leisurely 1,600rpm and 80lbft of torque. Top speed was limited to around 45mph depending upon bodywork, whilst brakes operated on both the transmission and rear wheels.