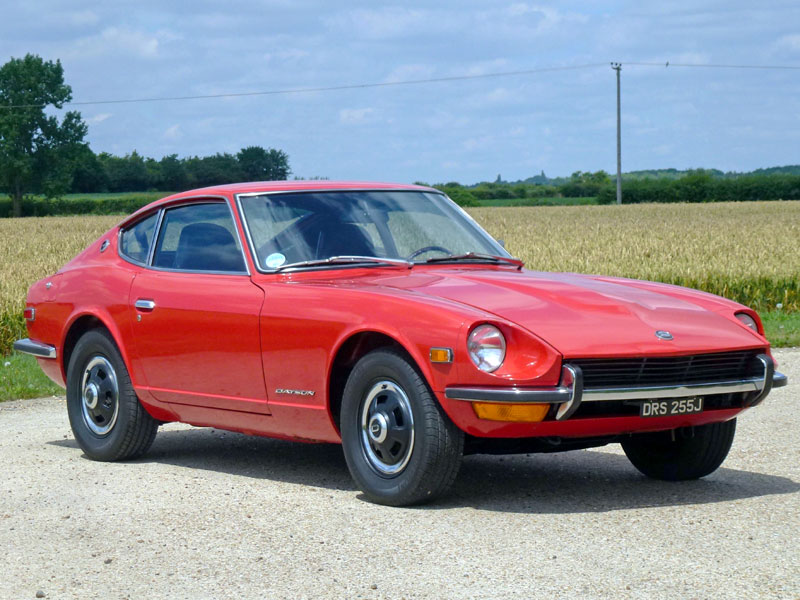 - This exceptionally original 240Z was manufactured in February 1971 and sold new in Georgia, USA, in May 1971

- Purchased new by a former US Air Force member, he retained the car in Georgia and covered a recorded 55,900 miles before selling it in July 2014 when 80 years old

- Acquired by someone in Devon from the American owner and promptly imported into England, since when it has featured in two UK classic car magazines and only around 500 miles appear to have been driven

Dick Friese was in the US Air Force and after returning to Warner Robins, Georgia, from Vietnam he desired to purchase one of the beautiful new Datsun 240Z's that were all over the motoring press, and he eventually found a Monte Carlo red example half an hour south of his Air Force Base. He bought it in May 1971 (it had been manufactured in February 1971) and ended up owning and enjoying it for the next 43 years. After Dick retired from the Air Force in July 1974 he moved to Atlanta, GA, and worked there until retiring in 1999. The Z was always a second car until 1986 when his daily-driver Ford F150 pick-up truck was used by his niece and the Z became a daily driver. Retired back to the garage in 1991 when he got his truck back, it was used sparingly thereafter, covering only a few journeys outside of Georgia as the F150 was used to travel to their other home in Florida. Maintenance bills on file from September 2013 show fuel was drained from the carburettors and gas tank, suggesting a lengthy period of inactivity. In May 2014 the odometer recorded just 55,950 miles, and at the age of 80 years old Dick made the painful decision to part with his much-loved Z and sold it to a classic car dealer in Devon, England who imported and registered it with the DVLA in July 2014. Since then it has appeared in articles in both Classic Cars and Classic & Sportscar magazines. The originality of this rare first series car's body is extraordinary, with just a few small areas being reported as ever having received paintwork since the factory applied their coat. The underside is seemingly untouched, and car bodies possessing this level of originality as well as having had one owner in the same area for the first 43 years of their life are exceptionally rare finds. With just one registered UK owner (the importer), the vendor describes the car as having "excellent" bodywork, paintwork, interior trim, and engine and transmission.