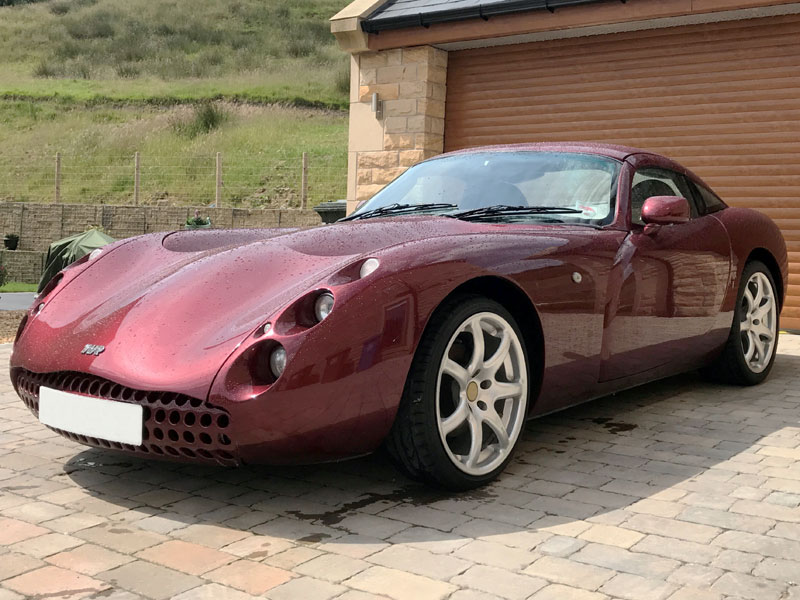 - Finished in Starmist Crimson with grey leather interior and MOT'd until March 2018.

- Offered with extensive service history and only covered 30,500 miles from new

TVR owes its beginnings to one Trevor Wilkinson, who, in 1947 in his home town of Blackpool, set up a small motor business, Trevcar Motors, and built and sold on a succession of his specials on a word of mouth basis. By 1954, his TVR (so named after initials taken from his Christian name Trevor) Engineering started marketing kit cars employing GRP bodies. Financial stability did not occur for the North West's car firm until the Lilley family acquired the business in 1965. TVR manufactured the Tuscan between 1999 and 2006, It is widely considered to be one of the company's best driving models. Five different engine options were offered to customers. Four of these were variants of the 4.0 Speed Six making different amounts of power and torque, depending on the trim level selected. A Borg Warner T5 manual gearbox was employed.

The sale car is an early example with the 4.0 Speed Six engine with a quoted 360 BHP mated to a five-speed manual gearbox. Finished in Starmist Crimson with grey leather interior. It's understood 'W442 YRV' was stored from 2009 to 2017 and has recently been recommissioned by Torque flight TVR in March this year and a full service and engine set up by David Connolly TVR. Offered with extensive service history and having covered 30,500 miles from new the vendor described the TVR as having 'excellent' bodywork, paintwork, original leather upholstery, engine and manual gearbox with 'rock solid' chassis. This desirable TVR is MOT'd until March 2018.