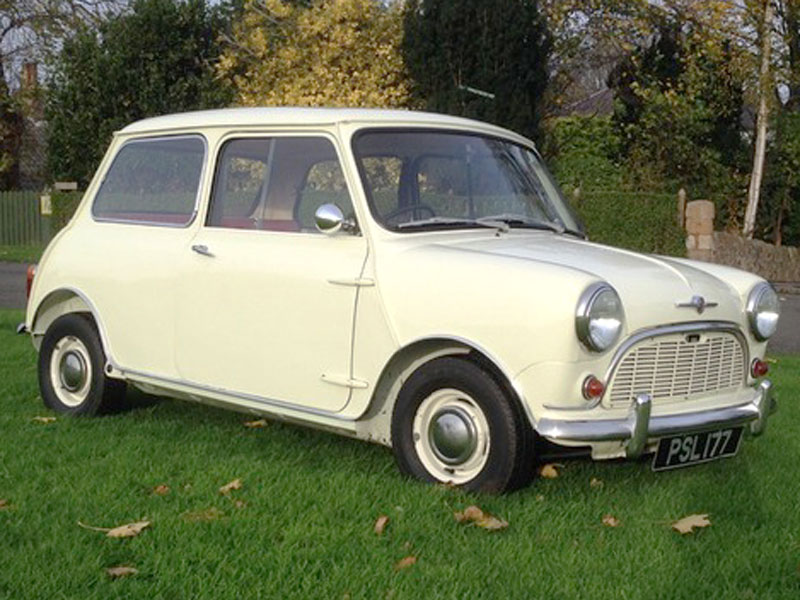 - Restored over a two year period and completed in 2007

- Offered with an MOT certificate into July 2016

This early Mini is in remarkably original condition. Its third owner acquired 'PSL 177' in 2005 and restored the car over the ensuing two years. He retained and refitted the original Red interior and such hallmark early Mini features as the floor-mounted starter, hinged rear number plate and 'magic wand' gearlever. When completed in 2007 the car was apparently valued at £5,000-plus by the British Mini Club. The next keeper purchased the Morris from Exmouth in August 2010 and drove it home to Aberlady, a journey of 480 miles. Having finished off the incomplete restoration of the wiring, he then retained the car for shows and sunny drives. The speedometer was changed in 2011 and currently reads 705 miles - the total mileage to date is thought (but not warranted) to be 65,766. The vendor (keeper number five) informs us that the Mini 'is still in very good condition, is a delight to drive, starts first time, and holds the road as only a Mini can'. He says 'the underside of the car and engine bay were fully painted in the same Cream colour as the exterior and interior, and still polish up well'. He is selling the car complete with current MOT.