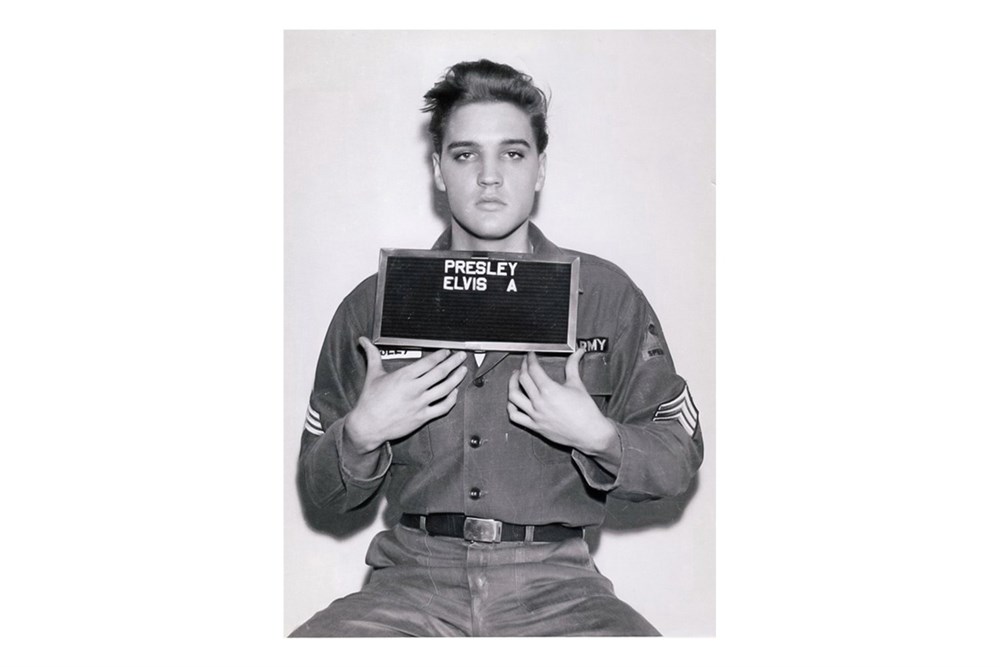 Possibly the most famous mug-shot of all time, Elvis Presley served in the United States Army between March 1958 and March 1960 - this being his official mugshot captured in 1960. At the time of his draft he was the most well-known name in the world of entertainment and this caused much controversy. This large-format monochrome photographic print has been edited of major imperfections and is a limited edition of only 10 examples produced. Approximately 42x30cm, framed for display.