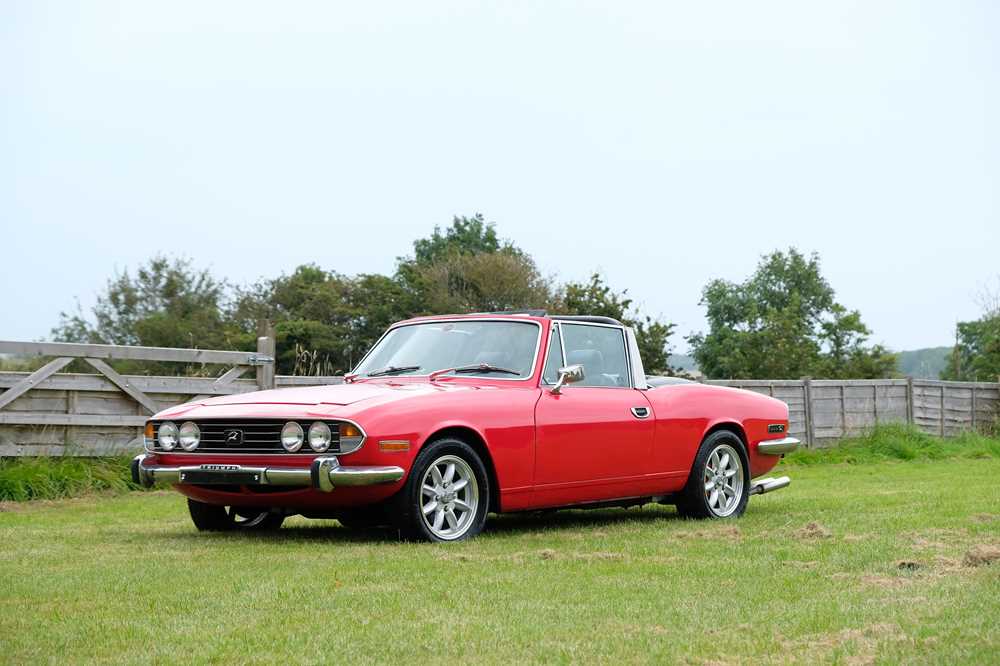 Introduced in June 1970, the Triumph Stag was conceived as a luxury convertible sports car to rival the likes of the R107-series Mercedes-Benz SL. As such, it came equipped with electric windows, power-assisted rack and pinion steering, and servo-backed disc/drum brakes as standard. Based around a two-door monocoque bodyshell (stylist Giovanni Michelotti had physically shortened a pre-production Triumph 2000 saloon to fashion the initial prototype), the newcomer featured all-around independent suspension (McPherson strut front / semi-trailing arm rear) and a well laid-out 2+2 cabin. Neatly integrated, the substantial roll-over hoop that joined the B-pillars gained extra strength from a T-bar link to the windscreen frame.

Presented in Red with contrasting black interior, PJB 610R benefits from a desirable manual gearbox with overdrive on 3rd and 4th and is offered having been stored for 3 years after a mechanical recommissioning. The vehicle has been subject to an overhauled brake system, replacement wheels, and a new hood and is offered with a small number of previous MOTs as well as the v5 document. The vendor rates the condition of the bodywork, engine, electrical equipment, paintwork, and interior trim as ‘Good’, with the transmission and gearbox ‘Very Good’.