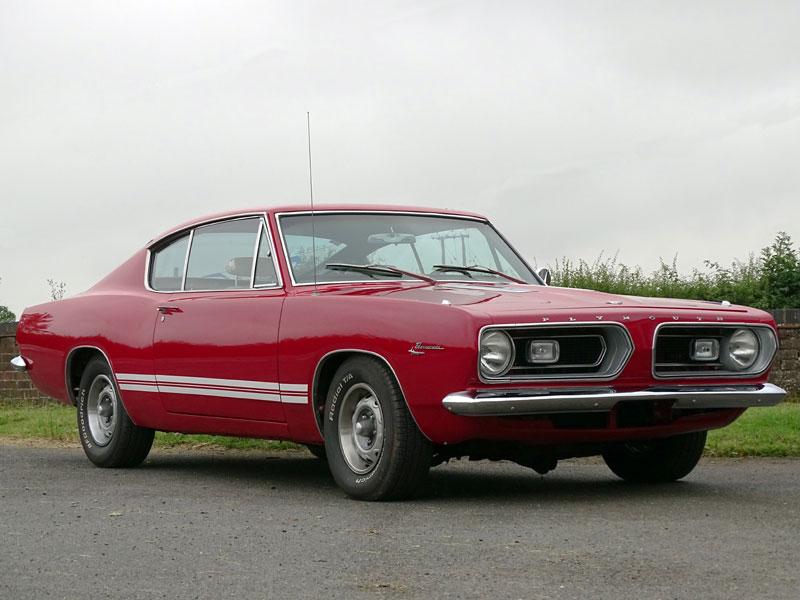 - Built in relatively small numbers and an eminently collectable example

The instant success of Ford's Mustang led to it being credited with the foundation of the so-called 'pony car' niche, obscuring the fact that the rival Plymouth Barracuda had reached the market two weeks earlier. It's true to say that the first generation Barracuda lacked the originality of its Ford rival but, happily, the second one was a very different kettle of fish, and featured stylishly-redesigned bodywork unique to the model. Built in relatively small numbers, this version is now eminently collectable. Imported from Canada, the handsome example now offered was the subject of a relatively-recent four-year restoration costing $40,000, which included: engine overhaul; the installation of an Edelbrock 4-barrel carburettor; and new headlining, seats and carpets. The vendor now grades the Fastback bodywork, Red paintwork and 4.5-litre V8 engine as 'excellent', and the Ivory-coloured interior and automatic transmission as 'very good'. The Barracuda comes with photographs and an MOT valid into June 2018.