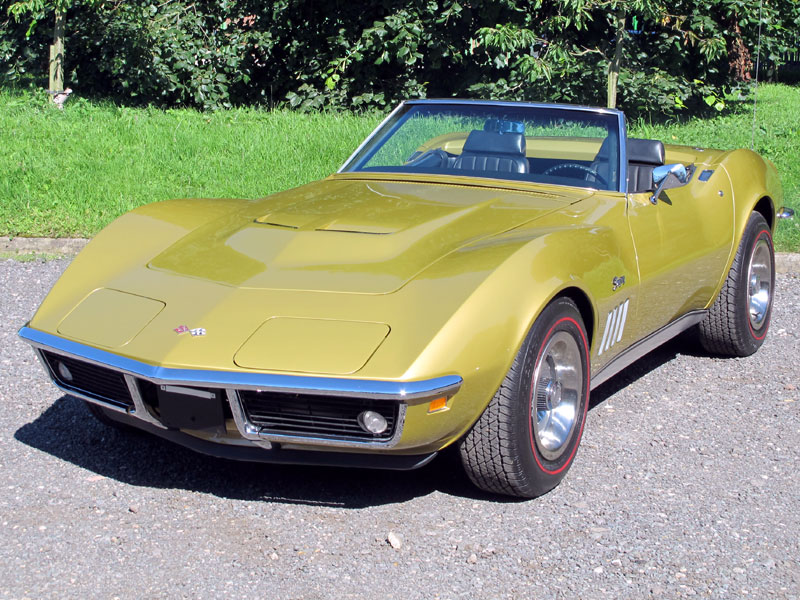 The third generation Corvette (C3) came to market in 1968. While the engine and chassis components were mostly carried over from the very successful C2, the interior and striking bodywork were all new. The exterior design was a development of that penned by Larry Shinoda under the guidance of Bill Mitchell for the Mako Shark II concept car. The newcomer - christened 'Stingray' - was steadily developed over its 14-year production reign, during which sales of the Coupe tended to outstrip those of the Convertible - as a result, the value of the open cars is now usually far higher than those of the closed ones. The ladder-type chassis was broadly as created for the C2 by Zora Arkus-Duntov - the most significant element of which was the independent rear suspension that featured lateral struts, radius rods and a transverse leaf spring.