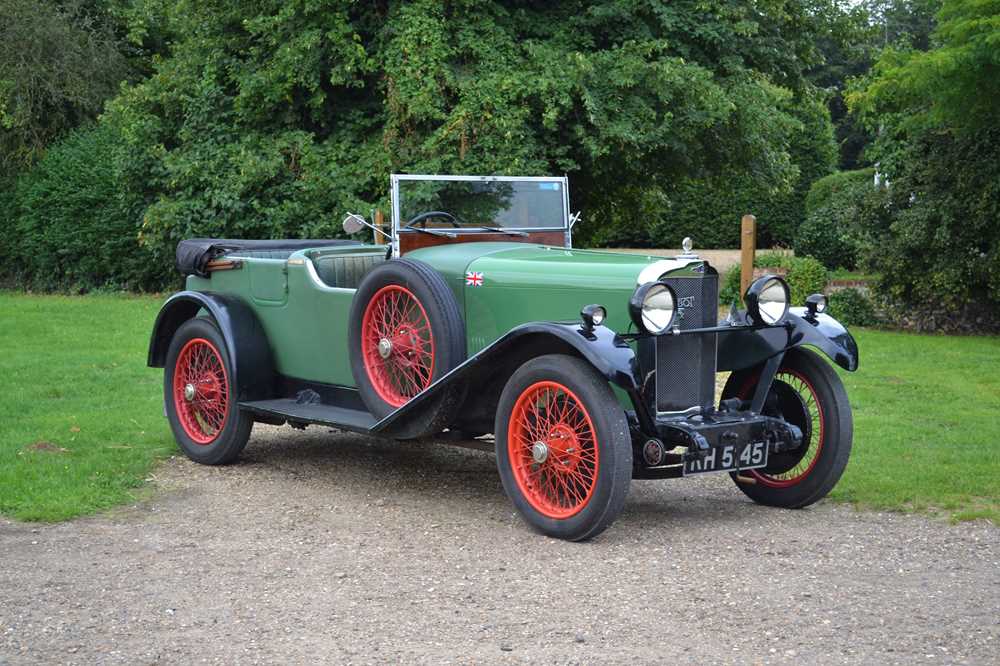 While the British Talbot was part of the larger Anglo-French Sunbeam-Talbot-Darracq organisation, it was struggling to stay in business when Georges Roesch, a Swiss automotive engineer, returned to the company in 1925. Worked under Louis Coatalen in the 1920s at the Talbot Motor Works in North Kensington, to develop an innovative six-cylinder push-rod engine, Roesch’s return transformed the business's prospects. The resulting Talbot 14/45 engine went into production in 1927, leading to a successful run of type AD, AF, AG, AQ, AU, AU65 and AX 65 vehicles – in total over 10,000 cars.

This 14/45 Roesch Talbot was manufactured in 1932 and was originally bodied as a Saloon which is thought to have been supplied new to Sir Rufus Isaac (who served as the Lord Chief Justice of England, Viceroy of India, and Foreign Secretary). Fitted with the 1666cc straight-six engine mated to the four-speed manual gearbox, the Talbot was rebodied in the 1970s with a Tourer style body selected, by which time it was residing in Vancouver, Canada. Repatriated in 1991, the 14/45 entered into current family ownership in 2011.

The beneficiary of a comprehensive engine overhaul in the mid-2000s, the Talbot was provided with servicing and a SU-conversion (completed by S. E. Lloyd) in 2011 upon entering the current family custodianship. Further the subject of approximately £5,800 worth of expenditure with Talbot specialist I. S. Polson in 2019-20, the Talbot is accompanied for sale by a large history file which comprises numerous past MOT certificates; a large selection of previous invoices dating back to the 1970s; a copy of past logbook and a current V5C.