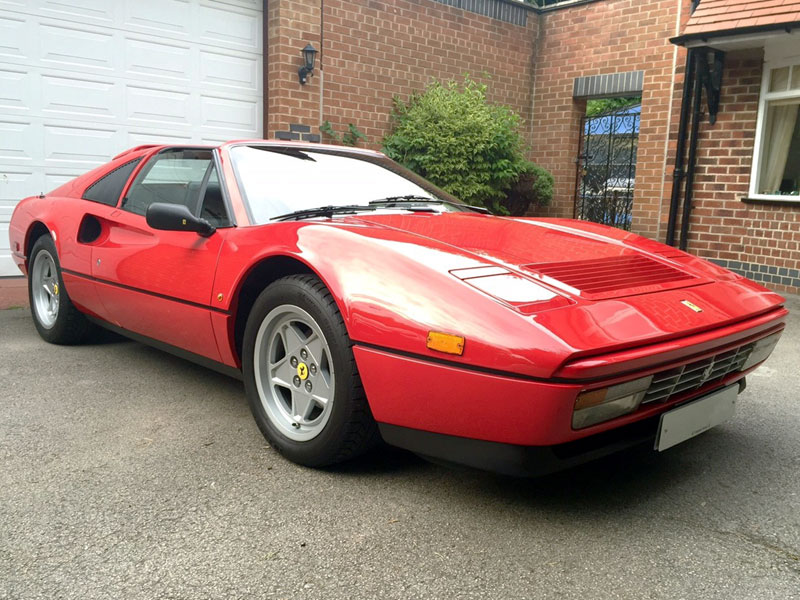 Introduced at the September 1985 Frankfurt Motor Show the Ferrari 328 shot straight to the top of the 'junior supercar' league. Borrowed from the preceding 308, its tubular-steel chassis was equipped with coil-over double-wishbone independent suspension, front / rear anti-roll bars and potent disc brakes. Though, the adoption of a 288 GTO-specification steering rack brought notably sharper responses. Transversely mid-mounted, the newcomer's Tipo 105CB 'quad-cam' 32-valve V8 displaced 3185cc. Credited with developing 270bhp and 224lbft of torque, it was allied to five-speed manual transmission and gave suitably authoritative performance (0-60mph: 5.5 seconds / 158mph). Styled by Pininfarina, the 328 retained the same iconic silhouette as its forebear but added a larger 'egg crate' grille, new bumpers and reworked bonnet / boot lids etc. Available in both GTB (berlinetta) and GTS (spider) guises, the Ferrari also benefited from a revamped interior - again inspired by the 288 GTO - complete with improved switchgear, redesigned centre console and more cosseting seats. Beloved by the press and public alike, the 328 remained in production until 1989.

1 of just 6,068 produced 'C771 CRU' was imported into the UK in 2015, and is finished in Rosso red with a Black interior and displays some 41,500 miles on its odometer. Having spent most of its life in the USA the Ferrari is described as 'very clean' and a 'well presented' example which is ready to enjoy. It is accompanied by the original spare wheel, original jack and roll with some tools, collection of invoices and its understood to possess a fresh MOT by the time of sale.

PLEASE NOTE: This vehicle has an MOT until December 2017.